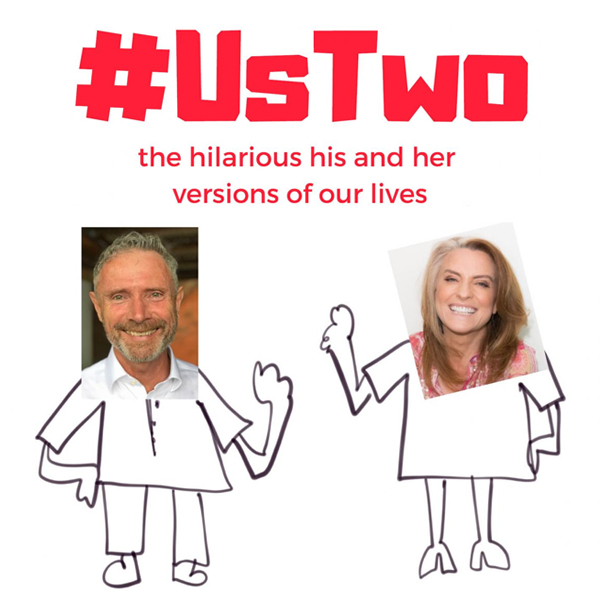 Here comes the Fringe you have before you have a Fringe - or at least a piece of theatrical fun and games with a couple of well-known names.

Gretel Killeen and Glynn Nicholas are powering into town to do an offbeat two-hander they have very fashionably called #UsTwo.

Perhaps playing on the sexual theme of #MeToo, the Aussie television veterans have devised a show to tell the world the essential differences between the male and female of the species - from their perspectives. One might define it as a quirky double bio show.

Gretel Killeen has lived a fairly public life on television in The Project and Go Back to Where You Came From, not to mention Big Brother and opinion columns in The Guardian. She has also hosted the Logies and turned out a stream of books among them one entitled The Night My Bum Dropped.

Glynn Nicholas has a high recognition factor in Adelaide. He sprang to attention as a busker in Rundle Mall in the early 80s. His immense popularity was unprecedented. Trained in mime by the legendary Zora Semberova and with circus skills from the USA, he became a beloved identity as host of the children’s show Here’s Humphrey and as a television clown and comedian. Among other things, he was memorably the character Pate Biscuit, a delicious character parody of distinguished folk singer Patsy Biscoe. He went on to have his own shows, hosted The Big Gig, wrote and performed Man Overboard, co-wrote Eurobeat and generally has had a thriving and motivated career writing, producing and performing in comedy.

He and Killeen have had very different career trajectories although, like Killeen, Nicholas can brag a hot-selling book.

Their very odd claim, however, is to have spent the last 30 years avoiding working with each other.

Now they are old and wise, experienced in life and love and showbiz and they have stories to tell and even some “outright lies".

And there begins the promise of some very interesting funny business.

Their promo material sings with teasers.

“In the show, Gretel will reveal why you should never marry a man who has a nickname for his willy, why people who wear sensible shoes live longer, and how to train your children to save for your retirement,” says Glynn Nicholas.

“Glynn will reflect on why failure to practice guitar hasn’t helped anyone working on this project and why, when his daughter lovingly calls him ‘a player’, he pretends to be indignant,” adds Gretel.