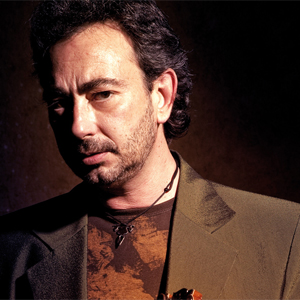 The Adelaide International Guitar Festival is upon us once again, celebrating its fifth year running and what better way to open proceedings than with a performance that harks back to the very origins of guitar music in the west.

The guitar (whose name is derived from the Spanish guitarra) was a popular instrument in Spain throughout history, and was brought to Iberia by the Moors and Arabs during their occupation. As a result the instrument, and the Middle Eastern musical influence, characterized Spanish folk music through history. By the 1700s a flamboyant style, with remnants of Middle Eastern influence coupled with Spanish flair, began to be called flamenco and it’s this music and the associated dance that we know and love today. Thus, a flamenco extravaganza is a perfect way to open a festival dedicated to las guitarras!

Opening with Adelaide flamenco troupe Flamenco Areti, temperatures rose in the Festival Theatre resembling the Andalusian summer despite plummeting temperatures and rain outside. Sporting two guitarists, an amazing vocalist reaching all the highs and lows of Arabesque flamenco singing, and a troupe of colourful dancers, the Adelaide Guitar Festival was off to a fine start.

The music weaved its intricate path through the theatre, with gentle melodies and structures contrasted with the abrupt staccato strumming style. The dancers complemented things perfectly, artfully and gracefully flashing colour across the stage and punctuating it with plenty of foot stomps. With a single male dancer and six females, there was balance and beauty a plenty, all delivered with a perfect soundtrack.

After a short break, it was time to welcome José Antonio Rodríguez and his band to the stage. There was definitely a change in pace as we welcomed percussion to the stage, and this time the guitar took centre. There two guitarists unaccompanied by a singer really made the music the primary focus and as José demonstrated in the first few bars he had plenty of talent to back things up!

Flamenco styles were the primary showcase, but there was a lot more to the music on offer, with gypsy and folkloric influences coming in throughout. The guitar playing was so strong that the lack of vocals took nothing away from the performance. José’s tone was brilliant, and he varied things up throughout to accentuate different aspects of his playing; his technique was faultless. He played a wide ranging set of tunes, taking the audience on a ride through the Andalusian heartland, and it didn’t even matter that he spoke very little English (mind you, as a Spanish speaker, no es el problema para me!).

The percussion was the perfect accompaniment, incorporating the traditional cajon, as well as less traditional djembe and cymbals, and the male dancer from Flamenco Areti even joined the trio on stage for a few numbers.

Sadly, things came towards a close, but after a massive standing ovation, José returned to his chair for a few more tunes, including a spectacular closer where he was joined by his accompanying guitarist and percussionist… all playing the same guitar! What a finish, and what a spectacular show! Me gusta la guitarra y me gusta flamenco mucho! Ole!