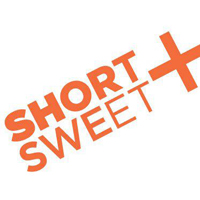 For those who prefer brevity in performing arts, you can’t beat Short + Sweet. In its twelfth year running, this sizeable ten-minute theatre festival now features annually throughout regional and urban Australia as well as internationally – with Canberra being its latest host.

How it works is, each year Short + Sweet Theatre receives thousands of script submissions from playwrights and Independent Theatre Companies around the world, which are then shortlisted to enter the Festival.  The Short + Sweet Theatre’s directors then choose a play each to take on and audition actors locally.

Ten different plays are showcased and judged each week of the Festival, with the overall top twenty performed in Canberra plus nine wildcards thrown in for good measure, and the Gala Final on closing night unveils the finalists.

There was definitely a buzz at the Courtyard Studio this particular evening, with the upbeat audience waiting in anticipation for what the Wildcards had in store – I’m pleased to say they did not disappoint. Each play was noteworthy for their brilliant offbeat originality, with both comedy and drama genres well represented in the mix.

A standout in the comedy stakes was USA writer Michael Cooper’s ‘Advanced’, directed by Martina Donker, that told the story of two high-minded Cro-Magnon men entangled in a love triangle with a seemingly simple Neanderthal woman. Actors John Lombard, Ben Harris and Cara Matthews absolutely nailed their parts, playfully bouncing off each other’s performances and providing some hammed up but skilfully executed physical comedy.

Likewise, local writer Mark Konik’s ‘Guided by Voices’ (directed by Cara Matthews) raised the bar with his tale about the conversation a painfully self-conscious man has in his head when he meets the woman of his dreams at an airport lounge. Jeremy Strasser, in partnership with his relentlessly critical inner voice Dan Halpin, steal the show as John, allowing a sweet vulnerability to permeate through his character. Emma Maher as the hint-dropping, more confident Sally was the perfect counter to John’s chronic awkwardness.

Another outstanding entry utilising a similar technique was Heidi Silberman’s (another Canberra writer and director) 'Facebook or Face Me', where a woman is forced by her inner voice to confront her social reality, as opposed to her Facebook world, when she is stood up yet again by her sister. Sarah Nathan-Truesdale and Heidi Silberman are compelling as Jo and her brutally honest psyche and build up the dramatic tension to quite an impressive climax for a ten-minute piece.

Impressively, the play with the youngest ensemble cast really gave the others a run for their money. The Child Player’s (ACT) ‘The Letter Q’, directed by Jeff Young and Nick Anyos, depicted a dystopian society some way off into the future where the state decides the lives and fates of its citizens. They really pulled it off, with the actors, many playing characters much older than themselves, showed great maturity and depth for such cynical content.

Overall there was a broad spectrum of experience within the troupe of actors featured in the Wildcard productions, ranging from amateur to veteran, however the quality of performances throughout remained undeniably top shelf.

It’s easy to see why Short + Sweet are the launching pad for so many performing artists – it affords the rare opportunity for fledglings to work with the pros on some damn good content in a supportive and conducive atmosphere. I look forward to the announcement of the finalists on August 17 and for the Festival’s return same time next year!

When: 6 to 17 Aug
Where: Canberra Theatre Centre
Bookings: canberratheatrecentre.com.au