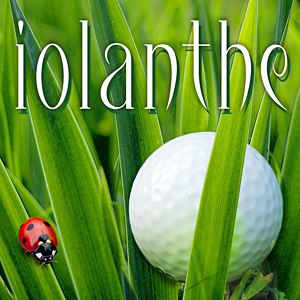 Director David Lampard has a hole-in-one with his marvelously inventive production of Iolanthe.  Although the tee off was a bit slow with a few fairies flitting about the water hazards, the rest of the course was all birdies and eagles, and fairies, of course!

Arthur Sullivan’s and W.S. Gilbert’s seventh collaboration opened way back in 1882 at the Savoy when it was the first theatre in the world to acquire electric lighting, but Lampard’s modern yet still often quaint update on the lampooning of House of Lord peers and politics is still very relevant today.

The fairies are at the bottom of the 17 hole in this golf-themed production and half-fairy Strephon wants to marry all-woman Phyllis.  The fairies interfere with the peers who lack drive and putter around.  I don’t think I spoil it by saying everybody gets a golf buddy in the end, except the pansy caddy and dog body to The Lord Chancellor.

You’ll find many comical performances in this enchanting production.  Vanessa Lee Shirley played head mistress fairy with commanding voice and regal stature, and Alexandra Gard was a suitably subdued and tragic Iolanthe.  Patrick Witcombe as the lovelorn half-and-half was just the right ticket and Desiree Frahn played a highly desirable and thoroughly modern Phyllis.  Rod Shultz in the nearly silent and added-in role of the Lord Chancellor’s valet was precious and priceless.  Richard Trevaskis as the bewildered Chancellor needed amplification.  Shultz and Trevaskis were a great comic team highlighted by the golf cart scene change shenanigans.  Rodney Hutton has the brightest grin in all of Adelaide amateur theatre and gave another sweet performance.

Lampard’s wonderfully whimsical choreography went club-in-hand with G&S’s satirical lyrics and Ian Andrew and his orchestra played the right notes.  The Opera Studio way out yonder is a good venue where everybody gets a good view, and Lampard could use some spectacular design elements built by the set construction team, like a life size Big Ben clock face.  You better get there fairy soon.

When: 17 to 24 Mar
Where: The Opera Studio - Netley
Bookings: www.adelaidefringe.com.au