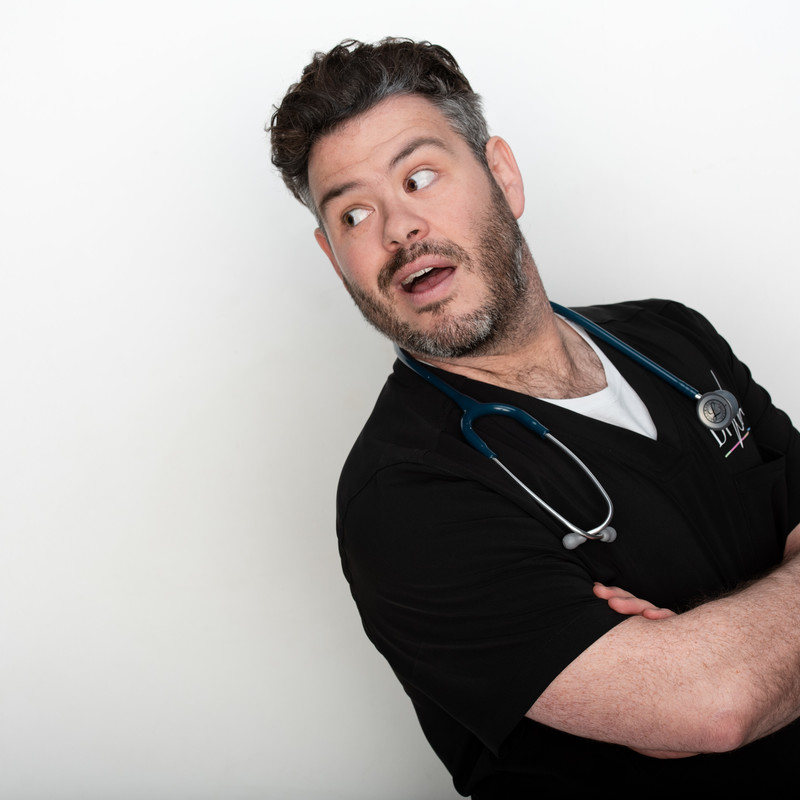 It’s best to have a big screen and good sound for this online show because, oh my, here comes the singing doctor.

Known to his patients simply as "Dr Lane”, Hinchcliffe is a medical maestro with a mission.

As he points out, on one hand he’s a GP and on the other, he’s a musician. He’s highly trained in both arts and now is using one to service the other.

He devised this autobiographical cabaret performance as an outreach to those, especially the young, who have struggled with mental health, identity, and self-esteem issues.

He was 25 years old, he says, before he could say that he was a “gay” man. Coming to terms with it consumed a vast chunk of his emotional and psychological life and he has emerged happily married and confident, determined to be there for youth in distress. That’s his day job.

As for his night job. He is one very serious musical theatre talent.

He is a one-man package because he arranges music, plays the piano sublimely and is a gifted singer with a daunting range.

In this Black Box show directed by Amelia Ryan, he illustrates his life story in hits from the musicals he encountered, breaking them nicely into a timeline.  He sings snippets of Showboat, Hair, Phantom of the Opera, Miss Saigon, Rent, Cats, and Chess.

The frustration one may feel as an audience member is that he gives short change on some songs and too much of others, which of course is the prerogative of someone telling their personal song history.

But, therein he dismisses Jellical Cats after an exquisite wee light tenor snippet and gives Old Man River short shrift having just proven that he is really at home in that bass baritone range and it is sublime on the ear.

Of course, he can’t sing all of everything and he does seem rather to like a spot of religion in his repertoire, which completes the ticket of something-for-everyone.

His costume is fancy stage scrubs and he pops some humour into his patter and a bit of medico yuk for good measure.  Oddly, his speaking voice is light. But there’s a whole world in those tubes of his and one looks forward to hearing more.

Meanwhile, The Black Box works fabulously well. Tom Kitney with Joanne Hartstone have worked out the best tech for sound and image so that audiences can comfortably relish a quality theatre piece in a state of absolute domestic bliss.

It is a covid gift which can keep on giving, and for the Fringe their Black Box Theatre offers a suite of shows.

They have always been cutting edge good theatre and this comes highly recommended.

Where: On Demand at Black Box Live