Vince Jones – The Art of Protest 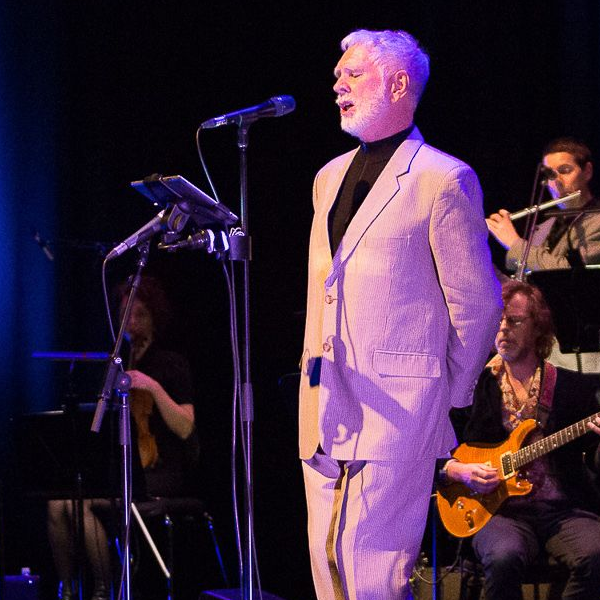 Vince Jones blows a few notes on one of the horns he is accomplished in before the audience is even ready, but that is it for the horn-blowing. Maybe this was his whimsical protest against RocKwiz’s Brian Nankervis - who wrote the show - for not having any Vince Jones horn-blowing in it. Jones, of course, is a respected elder of Australia’s jazz scene and an activist in environmental and human freedom issues, so a show featuring protest songs written by somebody else would seem like a good fit, but it really isn’t.

This world premiere does get off to a good start, though. Jones senses a song, and where there is a match with his jazz oeuvre and style, one feels his feeling for the material. The opening number, Strange Fruit famously recorded by Billie Holiday, is a triumph of empathy. Jones eschews showmanship - his style of performance with hands behind his back manifests his desire to let the music and treatment speak for itself. Jones’s creative juices are flowing amply whenever the original song was of a jazz nature or was about a specific human tragedy or unfairness – songs like Kev Carmody’s Thou Shalt Not Steal and Archie Roach’s Took The Children Away. His passion and identification with his own culture’s issues in John Schumann’s I Was Only 19 had me in tears. The two songs about getting into the head of the US President – including Pink’s Dear Mr President - did not resonate for their cliché and cynical narrative. A few fossils are trotted out, Blowin’ In The Wind, If I Had A Hammer and even John Lennon and Yoko Ono’s Imagine presumably to appeal to the audience that has aged with Jones. These were very much less successful because they are not specific or jazz. Jones looks like he’d rather vote Liberal than sing If I Had A Hammer, and consequently it is mundane and boring, and anyways, I don’t think his style could improve on some of the masterful covers, let alone the originals. Jones refers constantly to a tablet for song text, which is pretty distracting – and even with the words in front of him, there are many near-flubs. The accompanying musicians under the direction of Matt McMahon are wonderful.

Which brings me to the point, I didn’t get the sense this was Jones’s show. It was written by Nankervis who explained the theme and then introduced many of the songs. While this covers for Jones’s lack of articulation in the narrative department, the intros vary from too much information to fascination, and seem like interruptions rather than part of the flow. It looks very much like Nankervis’s journey, but Jones was the wrong vehicle, even as sweet as ever he was.