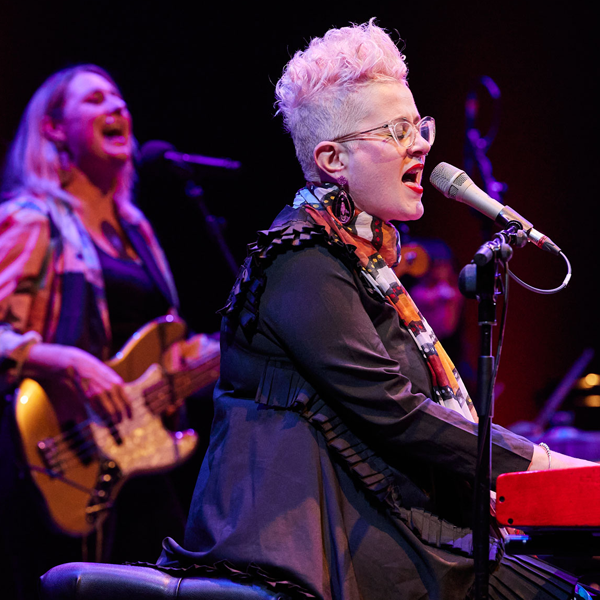 To have an entire show based on your compositions, with every one a winner, is surely a place that many songwriters’ can only dream of reaching.

For Don Walker, that place, and time is now.

One of the two more prolific writers in the iconic Cold Chisel, Walker has managed to spread his compositions around, and this was evidenced tonight through songs that have been recorded by his own bands - the aforementioned ‘Chisel, Catfish, Tex Don & Charlie and The Suave Fucks – as well as artists the likes of Jimmy Little, Kate Ceberano, Slim Dusty and Sarah Blasko.

On this night, his interpreters were Katie Noonan, Claire Bowditch and Sarah McLeod, each a diva in their own right. They were initially to be joined by Emma Donovan (a COVID border casualty), then by Mahalia Barnes, who fell ill at the last minute. As the trio explain, this meant they had to quickly fill the gap and learn a few extra songs on the run. So under the circumstances, a few stumbles are going to be inevitable, and entirely forgivable.

Noonan on Saturday Night opens the show, and very quickly the three piece band make their presence felt. Zoe Hauptmann on bass and vocals, Jess Green shredding the guitar and Brie van Reyk kept the more wobbly moments at bay throughout the night. The three, along with Noonan, are probably more known in jazz circles than in the Chisel mileu, but they carried this off brilliantly.

Standing on the Outside brought McLeod’s rock chick ethos to the fore, while Bowditch pulled out Breakfast at Sweethearts. A litany of hits follow with each taking turns at running the lead, although they could have done with a bit more vocal support in the arrangements. While it was understood that they weren’t familiar with all of the songs because of the personnel changes, they noted a number of times that they had barely met each other and a number of songs they’d only learned in the past few days, if not that day; a little surprising for a show has been programmed for months.

A little too much banter saw the show’s energy level drop in a few places; McLeod pushing the levels back up with a brilliant rendition of Flame Trees, while Noonan keeps the heart strings happy with laid back versions of Choir Girl and Silos. Bowditch, always good value, got the crowd going with Tucker’s Daughter, and a good fun rendition of the Dutch birthday song for an audience member.

The generosity and joi de vivre of the three carries them and the audience through the show; while it is a bit uneven in places, the combination of three fabulous voices, a fantastic band and a dozen or so of the finest songs in the Australian music lexicon are enough to make a great night.