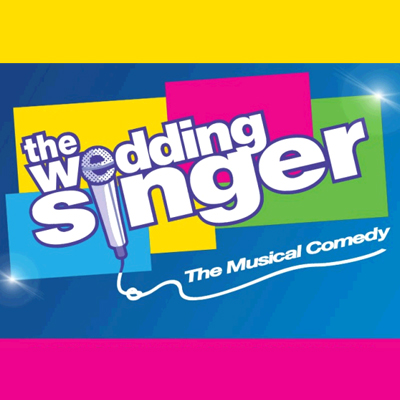 Adelaide’s Her Majesty’s is host to the opening of an Australian tour of an all-new showing of The Wedding Singer. The romantic comedy first sang as a movie in 1998 with Adam Sandler in the eponymous role and the theatre version premiered on Broadway in 2006. The South Australian premiere was at the Arts Theatre in 2008. The current offering is a cracker whiz-bang all-Australian professional production out of Melbourne.

Robbie Hart (had his heart robbed) is a happy singer at weddings in the 1980s in New Jersey across the river from New York. The vamp he was going to marry dumps him at the alter and he is supported by his two band members, his Grandma, and most importantly, a very cute waitress at the wedding venue named Julia. She is supposed to marry a Wall Street wolf but blind Freddy could see it’s not solid and Robbie and Julia fall in love without them knowing it. All these characters and more, except the wayward wolf and Robbie’s ex-, help Robbie and Julia get to where they need to be. It’s a boy-meets-girl tale under a canopy of loud guitars and wailing synths.

Christian Charisiou and Teagan Wouters absolutely smash it as our adorable heroes. They beautifully play Robbie and Julia’s small-town honesty and raw emotions. They are just so comical-tragical and sweet! It’s hard not to cheer at the finale as you so much want this couple to connect.

Robbie’s band members, played with goofy earnestness by Ed Deganos and Haydan Hawkins, make an unlikely and humourous hook-up. Deganos does a lovely lady boy of the Filipino flavour and Hawkins does a hard rock bass player feeling trapped in but committed to this unremarkable trio. Nadia Komazec makes Julia’s cousin and co-worker a chewing gum chopping party girl extraordinaire, and Stephen Mahy’s Wall Street junk bond trader looks impeccable and impregnable. His booming vocals in All About The Green would scare any lefty. Kirby Burgess was a knock out as the aforementioned vamp. While everyone dances with flare and precision, Burgess’s number in Act II is a lesson in athleticism. Bravo! Grandma in the hands of Susan-Ann Walker foils the shenanigans of the younger generation with some apple tea wisdom, and Walker’s interpretation of rap is a hoot.

The ’80s dress code and hair-dos take you back if you have ever been there, or maybe it looks like a fancy dress party if you are too young. The staging is brash, bright and kinetic, and the rock/pop/heavy metal music when featured is loud. The women have high emotional quotients, and the men are affable buffoons. Some would say nothing has changed.

Director Alister Smith has unleashed a dazzling revival that is funny and engaging from beginning to end. Bravo!