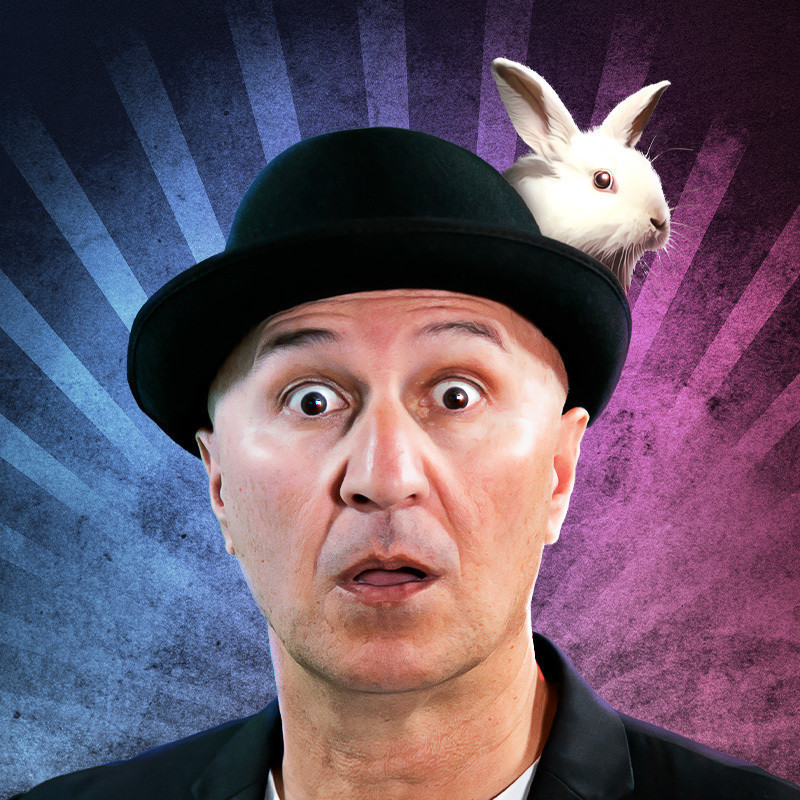 One man, a fair size stage, a table of props and a gig audience to use for participation. As Tahir notes, “three year olds are tricky, you’re not sure what they’re going to do”. Nor necessarily can you predict how they might take to a joke or a magician’s performance because whilst the Mystery of the Vanishing Bandanna is excellent (obviously, being misread, this became the vanishing Banana) the idea of plucking a dad from the audience and making him into a baby is less effective with preschoolers, who just couldn’t quite comprehend the joke.

The problem here is that Tahir is a good magician; so when he says ‘bad’ it’s irony, and kids have trouble with irony, preferring their backhanded humour to be a little less perceptual. Sardonic, even. So when Tahir pretends to show how a trick is constructed and in doing so reveals he’s not a dolt, he is actually revealing that he is clever and that the joke is on the audience. Just like all magic shows, since they all essentially play the same sleight trick upon their audience.

And so it was with the world’s best worst magician, a show of ‘one step forward’ and ‘two steps back’. The audience all played their parts: Harper and Lily played the innocents in the yellow silk scarf routine; three year old James was adorably passive, and Jeremy (renamed Jeff) as dad was excellent. Sadly the show just failed to capture the attention, except where it did so by assaulting the senses. Failed and dropped audio cues were one thing, but the attack by volume is an appalling oversight and unacceptable for a children’s show. Too many kids in the audience were forced to cover their ears too many times.

Tahir is clearly not the world’s worst magician, and this is not a bad show. It moves along quite well, and stretches to achieve its high points, which are quality, but it is also a patchy affair.