Blinky Bill is On The Loose 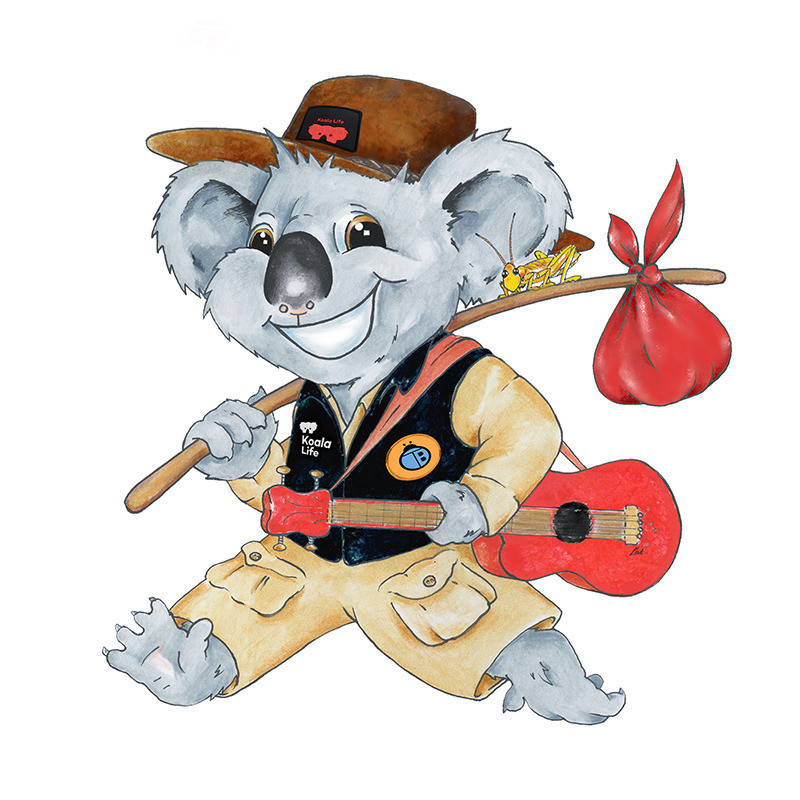 Blinky Bill is, to say the least, an iconic Australian children’s character. So taking along three little Londoners could have been risky. But, like very good Australian grandparents, we made sure that they were as familiar with Blinky as they were with Winnie the Pooh. To be fair, they’ve been here a couple of years now, and they now love Blinky with that same ferociousness as their Antipodean school mates.

Reproducing books on the stage can be fraught, and this is especially so with loved children’s stories. Kids often have very fixed ideas on what should be happening at any given time to whom. While there were a few instances where voices were raised in consternation (Who are they? What’s happening now?), for the most part the entire audience, adults and children alike, were more than happy to go on this journey with Blinky and his friends.

The adventure opens with a song, of course, and with a bit of fourth wall fun; the actor playing Blinky Bill is late, and the rest of the four person cast must start without him. Donning theirs ears (and tails if they have one) they set the pace of the production with the first of some entertaining original compositions from Michael Mills and Robert Kimber, and some very jaunty choreography (Carol Wellman Kelly).

Mrs Koala (Claire McEvoy) is trying to think of a name for her baby koala (David Salter). The audience is immediately drawn into the action as they are asked for suggestions, and the children raucously dismiss the names until ‘Bill’ is called; of course they all agree. Mrs Koala then, like all good mothers, acknowledges that Bill needs to go off and find himself, and so in a series of (mis) adventures, the young Blinky sets off to see what the world is all about.

Bill meets up with numerous Australian bush creatures along the way (all variously played by Jamie Hornsby, Chloe Bremner and McEvoy), and they each have a lesson to teach him. The plight of the bush and the fragile ecosystems underpin each of the scenarios Bill finds himself in, and it is testament to the excellent script that the children remain focused on the story, understanding and agreeing with the concerns of the bush creatures.

Costuming is kept simple; Bianka Kennedy and Kate Prescott have delineated each character by ears and tails, and it works beautifully as the cast, for the most part, change on stage so that the audience understands the change of characters.

The introduction of the Vandals goes beyond Dorothy Wall’s adventures for Bill, and are reminiscent (as pointed by the Londoners) of the evil loggers in Alexander the Elephant in Zanzibar, written by Grinspoon’s Pat Davern. The same ecological message prevails in this production, and let’s face it, you simply can’t have enough of this. Michael Mills, of course, has form here; he has garnered science awards for his theatrical work for children, which features issues from the fate of the dinosaurs to saving the rainforests.

Salter plays a brilliantly disingenuous Blinky; his endearing naiveté keeps the children entranced as they’re allowed to be cleverer than he - a sure fire way to keep them interested - and the disembodied voice of George the Parrot (Ali Clarke) provides a constant reminder of Bill’s home base.

The young audience was kept involved throughout the production and were not backward in offering suggestions, even when unprompted! Of course, when offered the opportunity to become involved through song, there was little hesitation. Children and adults alike joined in with gusto for Hip Hop Clippety Clop, the school song for Mrs Spotty Frogs’s Frog School.

Director Michael Eustace has drawn out the best from this small ensemble: the cast is exemplary, skilfully singing, dancing and acting their way through this production with barely suppressed delight.

The amphitheatre at the Botanic Gardens lent itself beautifully to this world premiere. The wetlands form a stunning backdrop (though a basking cormorant did threaten to steal the show) and lends itself to the fiercely environmental theme of this production.

Captivating and entertaining, this is one for adults and children alike. Best take a short person with you though; they can explain the difficult bits to you.