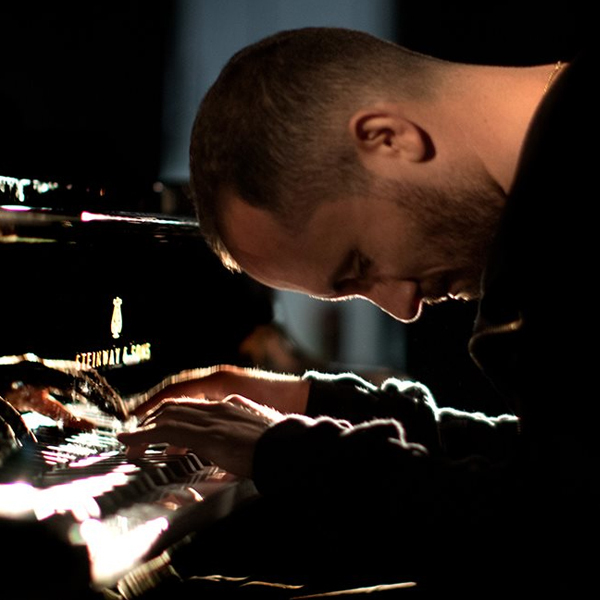 Igor Levit, one of the world’s best pianists, sits down at Steinway Model D Concert Grand Piano No. 582125 in Berlin and plays Beethoven’s mighty 33 Variations on a waltz by Anton Diabelli, Op. 120, commonly known as the Diabelli Variations, to an audience half way around the world in Adelaide (and Mount Gambier). It is 11am in Berlin, and 8.30pm in Adelaide, and Levit and the audience are connected by the technical wonders of live-streaming. The result is an outstanding and joyous success.

Throughout the COVID pandemic we have all become quite used to the live streaming of almost anything, from keep fit classes to meetings, lectures and concerts. We take it all in our stride, and Zoom will soon enter the vocabulary as both a noun and a verb. However, live streaming a solo pianist performing one of the titans of the repertoire to a festival audience is fraught. Will the audience feel a connection to the artist, and will the artist be able to feed off that? Will the vision emulate how an individual watches a soloist in action: shifting one’s gaze from hands to face to instrument to the surrounding space, in almost random order? Will the all-important sound reproduction do justice to the music? Will there be technical difficulties?

Happily, the occasion is as close to a live and instantaneous concert hall experience as one could get, notwithstanding a few fleeting and minor issues with ‘crackly’ sound. The technicians and producers who put it all together know what they are doing and understand exactly what the audience is after. One becomes so absorbed in the performance that one soon forgets about the particular nature of the event. It soon becomes just another concert, but made all that much more special by its very nature.

Festival joint artistic directors Neil Armfield AO and Rachel Healy introduce the evening and speak briefly with Levit before he begins playing. The patter is relaxed and Levit comments that he appreciates knowing the audience is there and that the physical separation is irrelevant. He says it is all about “sharing the moment”.

The Diabelli Variations comprise a waltz theme by Diabelli with thirty-three variations for piano written between 1819 and 1823 by Beethoven. The work ranks alongside J. S. Bach's Goldberg Variations as one of the mightiest and greatest of the form. Unlike the approach taken in the Goldbergs and in other substantial examples of the form (even those composed by Beethoven himself), it is often difficult to recognise much of the theme in the actual variations. For each variation, Beethoven seizes on mere ‘jots’ from the original theme – an ornament, a repeated note, a pattern, a rhythmic structure – and uses them to create an astonishing array of inventive pieces that are unconstrained by the theme.

Levit enjoys himself playing the Diabellis. At times it appears as if he is toying with tempi and probing the dynamics. He is lively: a smile here, a smirk there, a leg occasionally fully stretched under the instrument, his body sometimes rising completely off the bench, a head scratch, but throughout he has a steely concentration. The result is a performance that is unfussed, fresh, incisive, questioning, individual and deeply human. Above all, it is musical and technically brilliant with a clear narrative.

At the end, Levit appears not to be able to hear the enthusiastic applause from the audience, and calmly leaves the stage allowing us to ponder the comparative quietness and simplicity of the final variation as we to try and recall the now almost forgotten waltz