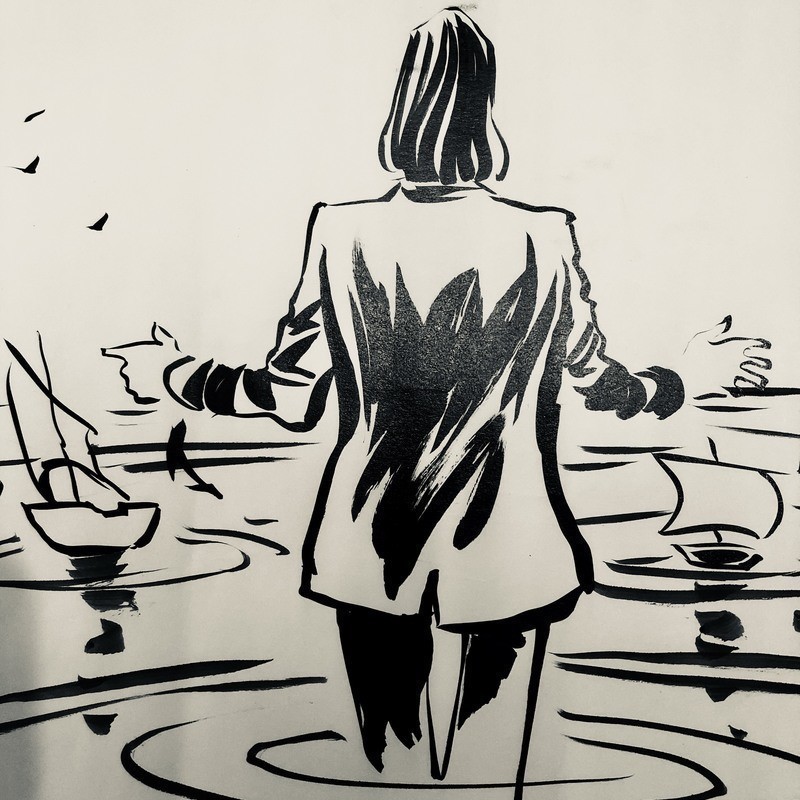 The Grace has always been an intimate venue; it’s been made more so by the addition of tables to keep patrons apart in these COVID times. Putting five people on the small stage here is always a big ask, but as three were vocalists who didn’t need too much room, it worked okay for them. Including the bit where Matt Barker leaps over the foldback and sings Stagger Lee in our faces!

The Death Squad is usually comprised of at least three ukuleles, creating a brilliant and skilful wall of sound and raucous entertainment, converting many a ukulele sceptic into hard core disciple. That’s probably not going to be the case with this iteration; there’s only one ukulele on offer, along with a U-bass. As founder and sole uke player Ben Roberts explained, it was just too difficult (and probably not cost effective given reduced audience capacities) getting the others in and out from interstate where they now reside. The solution was to bring in Matt Barker, Alice Barker and Ashlee Randall to supplement Roberts and bassist Eamon Burke.

The five vocalists work hard to fill in the sound, and for the most part, it works. Opening with The Good Son, they make clear from the start that they have their own take on Cave’s songs. Randall and Barker use their voices to flesh out the sound, utilising sound as well as song, sometimes braying, screeching, with Randall creating great effects through a kazoo. For the most part, particularly on Red Right Hand, it works very well.

In contrast, the mellifluous Eamon Burke gave us People Just Ain’t No Good (featured in the great bar scene in Shrek 2); a stunning rendition, beautifully harmonised and mostly allowed to breathe on its own.

Where the Wild Roses Grow is given a forceful rendition from Randall, while Roberts demonstrates the skill of his playing with a very melodic Into My Arms. He also intros The Ship Song with some excellent playing, but the song itself is perhaps the least successful vocally, with the multiple voices crowding the song.

Roland S Howards’ teen angst anthem Shivers’ from Boys Next Door days gets an airing, which again could have used a bit more space in the arrangement, and the tempo picks up again with Matt Barker’s aforementioned high octane version of Stagger Lee. The quintet close out with Grinderman’s Palaces of Montezuma.

It isn’t really a night for the ukulele, but as a tribute to Nick Cave, it is entertaining and well presented. The impression is given that these singers will be joining the remaining members of the ‘Squad in a seven piece line up; now that will be something to see!

Where: The Grace Emily