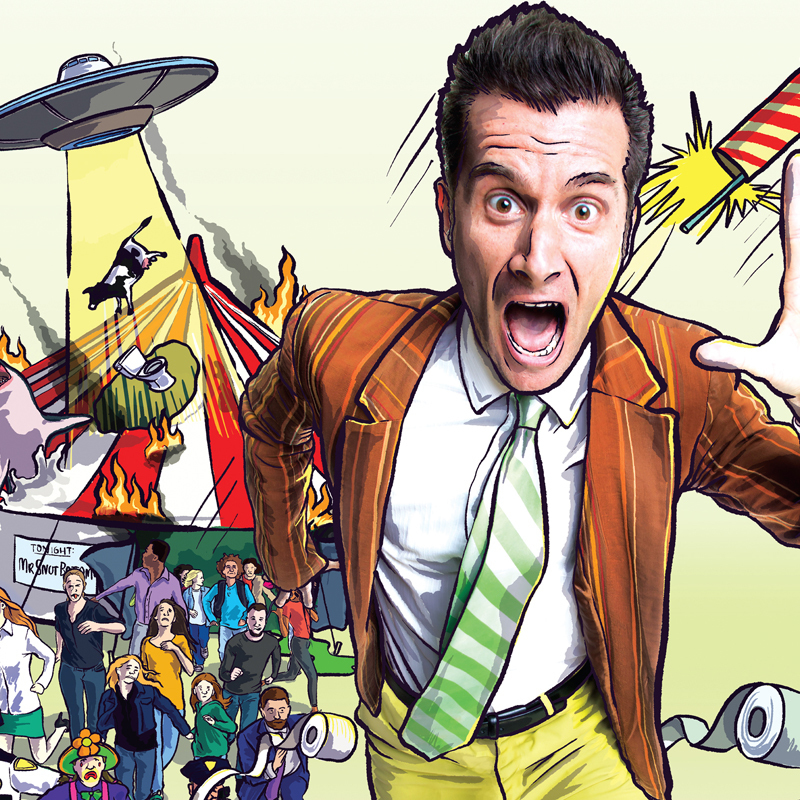 Let’s face it; the kids, age four to nine were hanging out to see this one. And a show called Mr Snotbottom was right up their alley. I have no issue with a performance involving bum jokes, fart jokes and a song about dog poo, but I am struggling to find three reasons to like it, therefore struggling to justify three stars.

Firstly, the volume during the introduction was just too loud for kids, and the sound dynamics pretty bad. Too much middle frequency and bad headset mics, so several kids near too me were shielding their ears. Can the crew not see this?

Secondly, both the scripting and the performances were very ho-hum, and not particularly thoughtful as to their intended audience. When we eventually got to a section about breaching Occupational Health & Safety conditions (!!!) the following line was delivered: “This goes completely against protocol. Do you understand that?”

The kids did not.

Thirdly, is the show about Mr Snotbottom or his technical crew sidekick Anthony? At first the children get to focus on one character alone; Mr Snotbottom getting dressed, attempting to put on his tie and being face-slapped for his troubles, and clearing out the noxious red underpants. The kids loved it.

But when things get to OHS and there are numerous bad ‘beginnings’ for the show, all three kids became confused and their attention wandered. A faux spaghetti western with no band and no Ed Sheeran attempts to put matters to rights, as does the song about dog poo, but by this stage it’s clear this is a show which oversells in all aspects.

It is, as my parents used to say, ‘barely bloody adequate’.

And so the conclusion is predictable and in no way edifying for the kids in the audience who missed the feel good potential of the point entirely: “The world is like a big bag of jellybeans”. Leave the brown ones until last.

Where: The Factory, Garden Of Unearthly Delights

When: until Sun 15 March