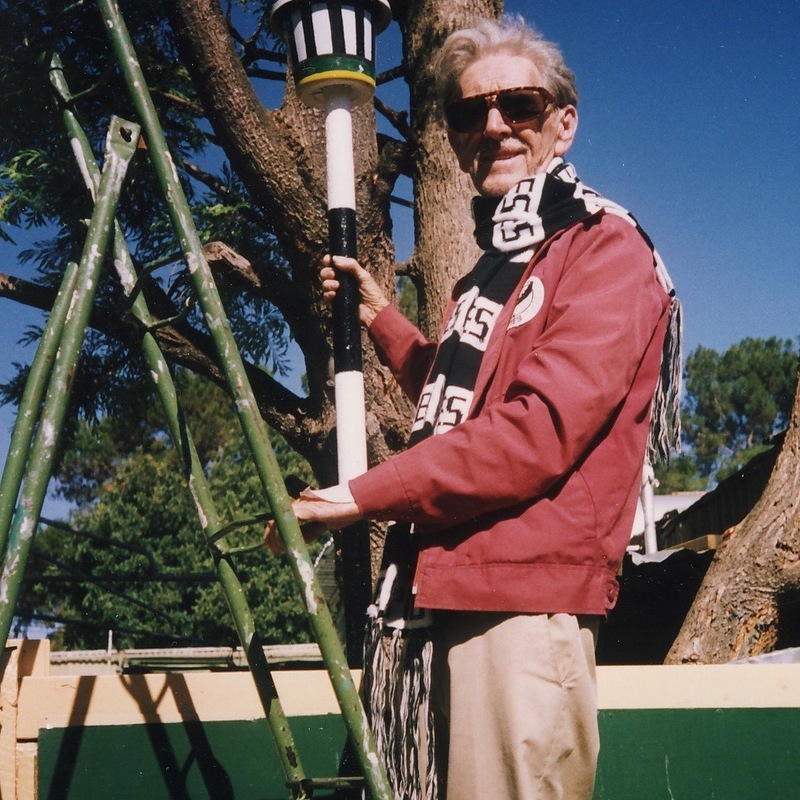 Matt Byrne is a major force in Adelaide’s community theatre scene and if you are an avid theatregoer, it’s unlikely you haven’t clapped and laughed at one of his Fringe productions sometime in the last 23 years. In addition to producing, writing, directing, and starring in his annual Fringe offering (this year it’s Matt Byrne’s Vegans – a comedy to diet for), Byrne also has been producing a play, a musical, and an ANZAC Day show annually for many years now. Where does all this creativity come from?

Matt Byrne’s The True Story of Dad will fill you in. Kevin Byrne passed away at the age of 98 (now there’s a clue for how long Matt might continue making theatre) during last year’s Fringe. Seconds after this show began, it seemed like a eulogy, and Matt soon confirms that the show originated as his eulogy at Kevin’s service. So that explains that. The stage is decorated with old family photos and, of course, Port Magpies and Port Power scarves. Early in the proceedings, Matt asked audience members for the names of their deceased Dads. The audience was old enough that everybody had a deceased Dad, and responding with the name Charles further hooked me into a show that I was already well hooked into. Turns out Kevin was an ordinary bloke who did an extraordinary thing with his wife – raise five children who made their way in the world. An important achievement for a bloke who, at age 7, lost his own Dad to typhoid.

With humour and whimsy, Matt’s true story of Dad is delivered with familiar nostalgia. Matt sings the songs of the day when Kevin had an ear to the radio while building sheds in the back garden, or driving a truck for E&WS, and quotes jokes that his father never failed to tell more than once. Eg: What do you call a dog that does tricks? A labracadabrador. Kevin was on the road five days a week for a considerable part of his working life. My Dad did the same thing – he was a travelling salesman, would repeat riddles and jokes, and he was proud and pleased with his family - when you consider that Matt’s and my parallel upbringings occurred on opposite sides of the globe, this is the kind of stuff that brings people together in this shrinking planet of ours.

Why Matt thinks his jokes are any better than his Dad’s, God only knows. Matt’s vulnerability was poignant and endearing in this moving and thoughtful production. No doubt, your own Dad stories will empathetically arise, and if he’s still with us, you can tell him how you feel. Bravo!