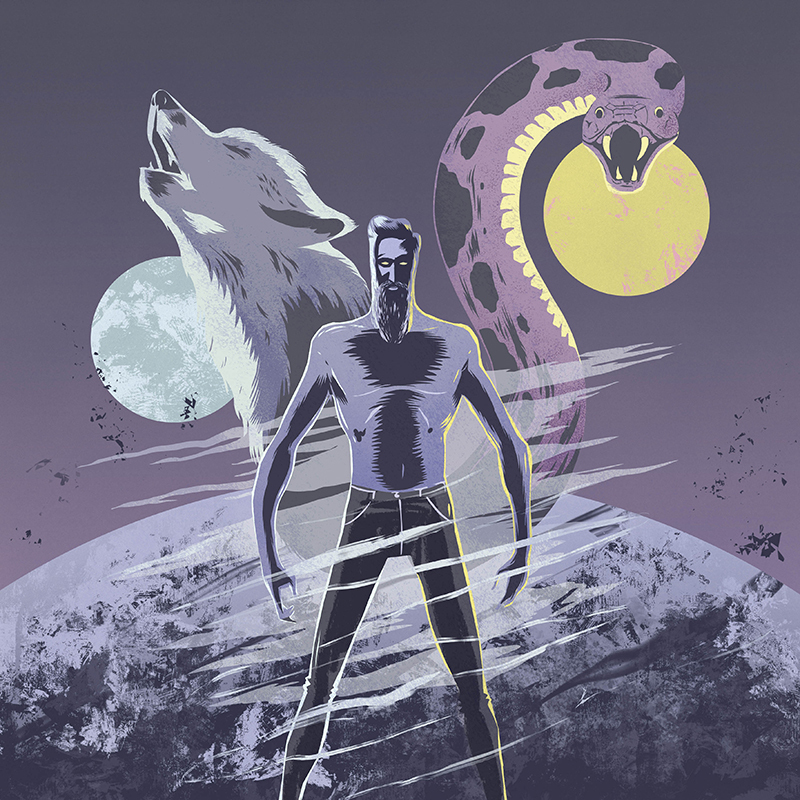 OMG! I didn’t expect this at Holden Street Theatres. You know you are in for something different when the ushers are handing out ear plugs.

Ragnarøkkr is Old Norse for their myth of the ultimate destruction of the gods in a cataclysmic battle with evil, out of which a new order will arise. Götterdämmurung is Robert Wagner’s opera within the Ring Cycle on the same topic, also present in Revelations as Armageddon.

St John Cowcher and his co-writers and musicians Gracie Smith and Joe Paradise Lui manifest a cast of hundreds with unrelentingly loud and superbly performed heavy metal drums and guitar that back Cowcher’s impressive stage presence and vocals. And out of the orchestrated chaos a magnificent narrative emerges.

A rock opera loudly and evocatively rendered in burnished metal. If it’s not your cup of Bundy, maybe Fringe is a good time to broaden your horizons.