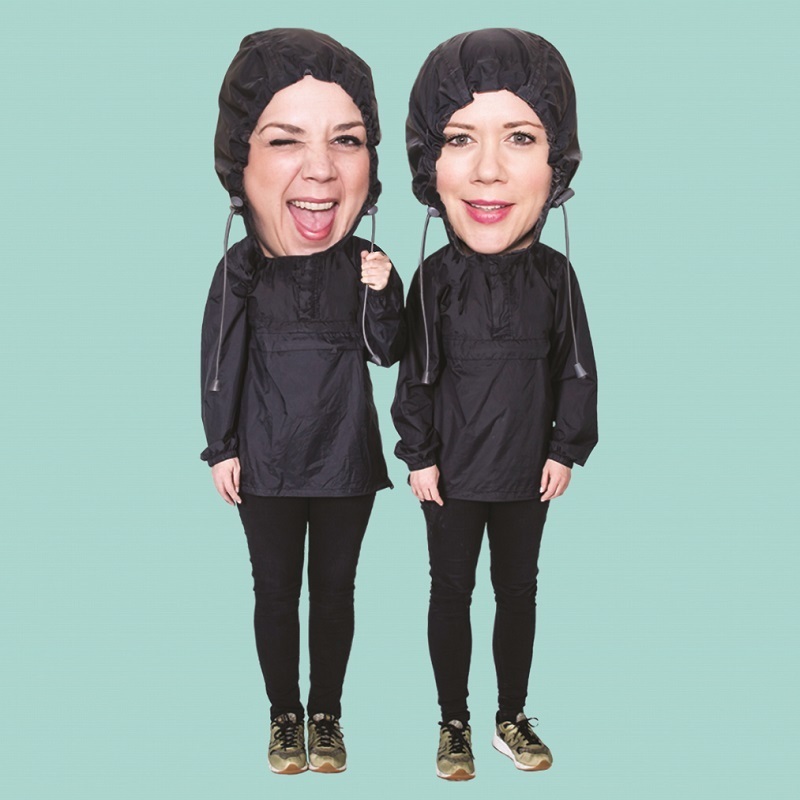 The Kagools are two women from London, Claire and Nicola, who prefer to remain anonymous, dress in dark blue Kagools, and take the piss out of almost anything, really. Or anything that takes their fancy, that is.

And this, pretty much, is the basis for their run of shows, which seems to confound the critics at times, since it has been suggested The Kagools aren’t very talented at anything – magic tricks, acrobatics, staged fights… which rather seems to miss the point because they make people laugh and they seem rather good at it. Not to mention things could go badly wrong, what with video interaction, lots of water fights and the like, if it were not for some very good timing.

What remains is the certainty that the show is tightly scripted (they don’t utter a word) and pretty tightly choreographed, since it relies heavily upon musical cues and moves along rather smartly, with the help of a lot of audience participation. Heaven help them (the audience, I mean) if The Kagools ever strike a night of dullards or unhelpful types. I suspect their non-verbal mocking might cause lacerations.

And that’s it. A show about, errrm, things, which begins with intro music and audience members being handed plastic blow up instruments, some running and jumping around, followed by some water being splashed around, some audience participation, a mock love affair and pregnancy, the somewhat tasteless use of a hammer, and more water.

Just don’t be in the front three rows if you don’t want to be involved in a real live Fringe show.

Where: Studio 7, Garden Of Unearthly Delights