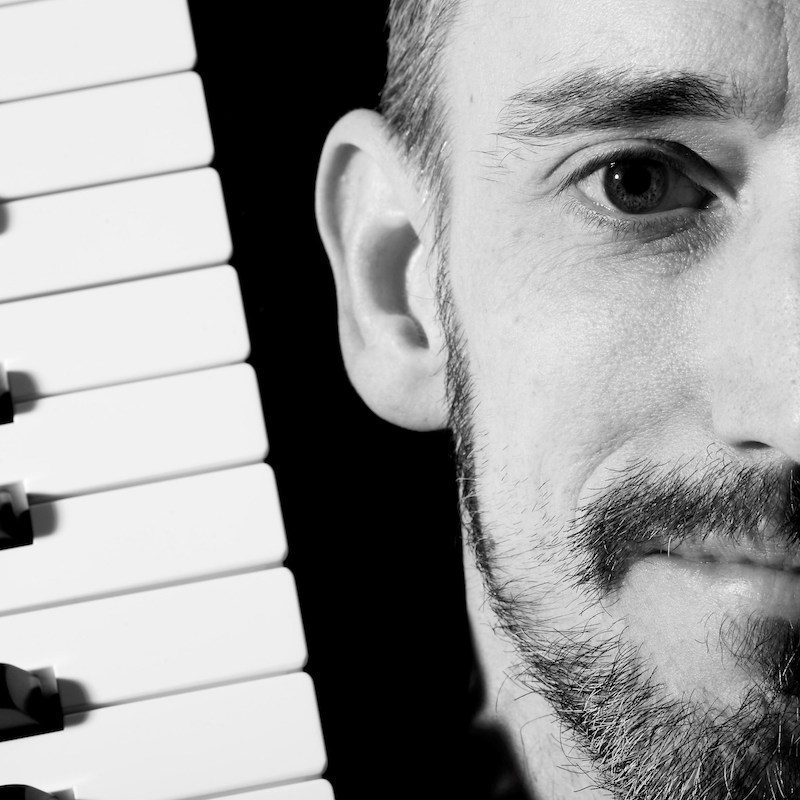 Richard Batsford is a pianist and composer living in Adelaide. He clearly has a dedicated fan base – the large Hetzel Lecture Theatre was near full to overflowing with music lovers who were full of expectation, and they were not disappointed.

Batsford is a softly spoken and slightly built man, but beneath this gentle exterior lies a passionate musician hell bent on using the power of music to inspire his listeners to practice mindfulness and deep introspection.

Batsford styles his music as contemporary classical piano music, which is perhaps a bit misleading. There is little that is ‘classical’ in his compositional style, in terms of formal musical structure and use of the instrument. It is modern, and is part of the minimalist school (think Jeroen van Veen, Philip Glass, Michael Nyman and the like).

His reflective compositions foreground tuneful musical motifs that are repeated and varied. The variations are subtle but almost predictable – and there is comfort in that from the listener’s perspective – but the occasional abrupt changes of key are unexpected and serve to remind the listener to be aware and to question. His compositions strongly favour the melody being held in the right hand through broken chords, with an arpeggiated left hand accompaniment. Batsford makes a lot of use of the sustaining pedal, and the effect is to ‘smudge’ the music at times which was exacerbated by the acoustic of the Hetzel Lecture Theatre. His middle set, which he labelled Evoke, featured pieces that made less use of pedalling and stronger lyrical melody lines that were clearer through the absence of rolling chords.

The audience were generous in their applause and demanded an encore, which they got. It was moodier in style and prepared them to depart and re-join the cacophony of North Terrace.

The single concert season has ended.