Medea and Jason – A Mini Musical with Loucas Loizou 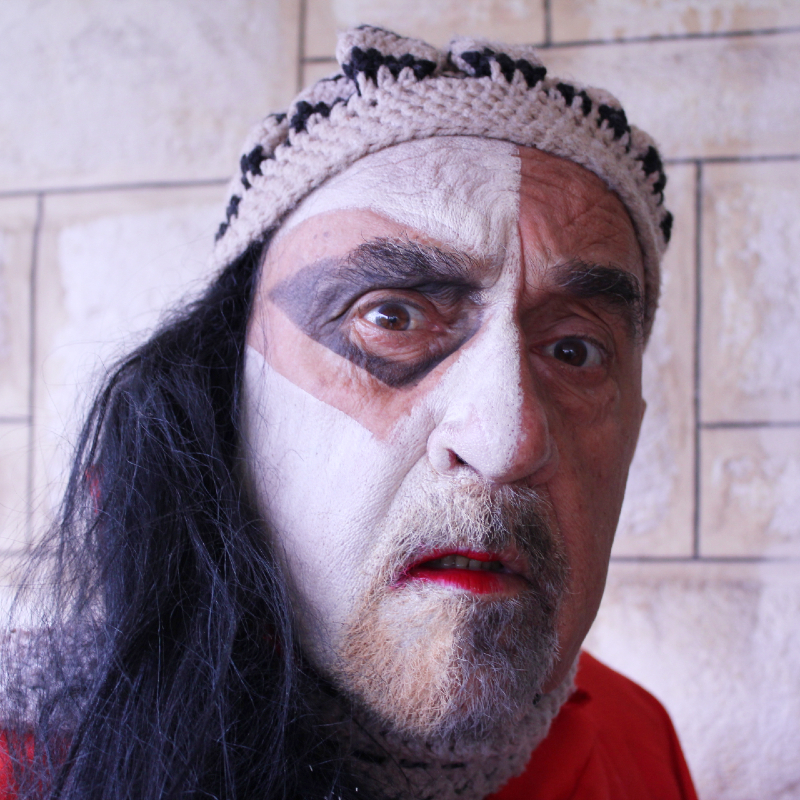 You Classical Greece fans out there would be familiar with Euripides’s play Medea, first produced in 431 BC. That’s about 2500 years ago, yet Wikipedia can report that the world premiere at the City Dionysia’s festival of dramatic tragedies was not well received. Times have changed, and now Medea’s filicide, in revenge against her husband, Jason - of Golden Fleece and Argonaut fame - is looked upon by feminists as a woman’s struggle to take charge of her life in a male-dominated world. Judith Anderson, Zoe Caldwell and Diana Rigg have all won Tony awards on Broadway playing the eponymous role.

In his world premiere production, Greek Cyprian refugee Loucas Loizou has written and performs a post-mortem conversation between Medea and Jason that takes place decades after the action in Euripides’s play. Loizou has a musical education from London’s Trinity College of Music, studied theatre direction at NIDA and worked at BBC radio, Cyprus TV and ABC radio. One descends into the patinaed bowels of the Treasury Hotel, and when Loizou appears in his exotic make up and dress, looking like a weathered sea captain in drag, and begins his dialogue of both characters voiced in his melodious Greek accent, one is immediately transported to ancient Greece. Loizou’s delivery is didactic, evenly tempered, near expressionless and a little monotonous. Supposed aware of this last sin, he plays on guitar a few original and contextualised songs which are rendered with exquisite virtuosity. The show is not a mini-musical as advertised, but a play with songs.

Euripides’ drama has Medea murder her two children, but the play is based on Greek mythology involving frequent divine intervention, and there are multiple versions and outcomes. So what do Jason and Medea have to talk about? Who is to blame? Did Medea really kill her children or what happened? They ask each other: Why did you do what you did? Does Jason forgive her? Does Medea forgive him? These are great questions and a compelling reason to attend.  It’s an intelligent show and a respite from all the Fringe razzmatazz.

PS This Fringe, Loizou is also performing his own work in three other shows: Homer’s Odyssey – A Mini Musical, Nana Mouskouri – Life and Songs, and A Battle of Songs: Greece vs The United Kingdom.

Where: Treasury 1860 – The Adina Treasury Tunnels: The Long Room