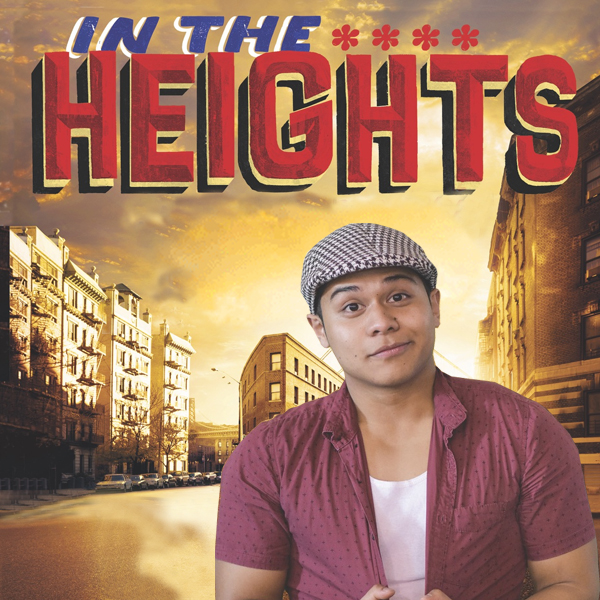 New York Latino-type Lin-Manuel Miranda is definitely on a roll.  Not only did he conceive of, and write the music and lyrics for this blockbuster, In The Heights, but he wrote the book, music and lyrics for another tremendous hit, Hamilton, which opened on Broadway in 2015 and will have its Australian premiere in Sydney in 2021.  In The Heights played over 1000 performances on Broadway from 2008 to 2011.  For his toils, Miranda won a Tony for Best Original Score and the show won Best Musical.  He did even better with Hamilton – a Pulitzer Prize for Drama, and a record sixteen Tony nominations with wins for Best Musical, Best Original Score and Best Book.  And here’s the kicker – he was nominated for a Tony for Best Actor in a Musical for BOTH shows!  What a guy.

In The Heights and Pelican Productions are a perfect marriage.  Pelican has been training youths aged 8 to 19 in musical theatre since 2004 and run a two-week boot camp every January.  Director Emma Williams and choreographer Carla Papa manage to showcase a dozen main performers plus thirty chorus members in several of In The Heights’s larger-than-life numbers.  But that’s just the half of it – there are two mostly different casts appearing in alternate performances – and just for the record, I saw the Red Cast.

Washington Heights is in the shadow of the George Washington Bridge in upper Manhattan.  Perhaps formerly Irish, it is now an Hispanic neighbourhood of people with their heads full of yearning – for the American dream, to return to Cuba or Dominican Republic or wherever they came from, for amor, or simply to get out of the stifling heat and the same old beat.  Miranda creates a kaleidoscope of characters, and the young Pelicans time and time again amaze with the veracity and nuance of their creations – including effective accents and body language.  While the plot’s a little thin, In The Heights is really about dance, dance and more dance.  With the focus on Latin beats, the energy that Williams, Papa, and Latin choreographer Joshua Angeles generate with their exceptionally talented cast is quite incredible.  There is so much going on in the complex, rumbustious chorus scenes that one is sometimes overwhelmed.

All the main cast members convince in their pulchritudinous performances.  And the singing is sonorous (musical director vocal – Rosie Hocking).  Costumes by Kylie Green, Rosie Hosking and Emma Williams, and set by Jen Frith, Kylie Green and Kim Wilson took us further into the barrio.  Music director Martin Cheney and his band remained hidden behind the upstage screen but blew the house away with their drive and precision.

This SA premiere of In The Heights is outstanding and it’s inspirational to see so much young South Australian talent having the time of their lives and performing so professionally.

Where:  The Arts Theatre