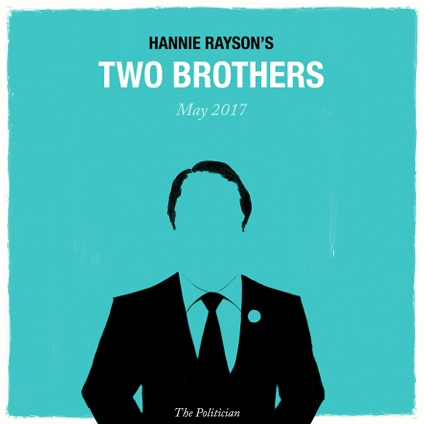 This is what theatre is all about.

What a gripping and rewarding night. What wonderful performances. How fast time can fly.

Playwright Hannie Rayson has dipped into the well of political ambition, scandal and dissent which surrounds us and splashed it all over the stage in a wild, gladiatorial drama lit by moments of humour.

“Eggs" Benedict is a ruthlessly ambitious conservative Minister for Home Security, voraciously assembling the numbers to get himself elected party leader and Prime Minister of Australia. His brother Tom is a leading human rights advocate and lawyer for refugees. They are opposite political polarities but they also are family who spend Christmas and other holidays together, who share powerful childhood memories, and who have argued politics since they were lads. Hence, Rayson has made this a play about blood: shared blood, bad blood and shed blood.

From its dark and murderous opening moment, Red Phoenix Theatre’s South Australian premiere production has the audience in its thrall.

Brant Eustice’s intensity of emotional desperation is utterly credible, as is the ensuing two hours of his performance as James “Eggs” Benedict.

The play’s opening is a swift and breathtaking flash forward.

Then characters are presented and the theme is set. Players stand formally downstage, extrapolating upon their contrasting politics, from the devious strategies of Eggs to the brave refugee advocacy of his brother. Eggs' wife, Fiona provides taut role-play in good cause while Tom’s wife, Angela, reads a roll call of the multicultural names which make up a modern Australian school playground.

Their differences play out at family gatherings, compounded by the scars of family tragedies such as the death by drug overdose of one of Eggs' sons. Both brothers have living sons whose troubles work their way to the surface as the play progresses. One is in the Navy which is complicit in refugee drownings at sea. His long-haired outsider cousin is living above his means in an insecure job economy.

A second narrative and human thread evolves with the introduction of the lone Iraqi survivor of a mass refugee drowning. He is championed by Tom and welcomed by his family but reviled by Eggs who promotes adamant anti-illegal-refugee policies.

The brothers lead double lives: one the intimacy of their blood ties and the other their often bitter opposition in the political arena. Both are successful in their spheres. Rayson writes their predicament as a stunning ambivalence; how different siblings can be and yet remain deeply bonded. Their wives amplify these distinctions.

This array of characters feels familiar. They are superbly wrought, even the Minister’s controlling secretary, Jamie Savage, who is played by Alicia Jaye with icy vamp-like ruthlessness in devilish parody of Peta Credlin.

Media events are mounted here and there via a platform and a large rectangular frame mid-stage. Otherwise the set is dominated by a large picnic table and Weber kettle BBQ for family and a bar for the politician’s office. A waitress holding a tray of drinks stands around like a piece of furniture. The cast remains onstage throughout the play with a rack of clothes on hand for costume changes. It is not a beautiful set but it is effective and well lit.

The impact of this splendid play is delivered not only through what is clearly the highly perspicacious direction of Robert Kimber but through some of the best acting this city has seen in a long time.

Having genuine brothers in the principal roles is gift enough but having the well-honed and lifelong skills of the Eustice brothers is supreme.  Their interactions, their sense of fun, their sense of grievance, and their overriding bond shines as a remarkable beacon of authenticity. If there is a competition, as of course there always must be, it is Brant as the pathologically narcissistic Trumpesque politician who nips it with his extraordinary depths of nasty nuance.  He devours the stage in this mighty performance of loathsomeness.  Brother Michael, on the other hand, wins hearts and minds as the conscience of the country, a good man and true, a loser.

The supporting actors rise to the standard of this production. Fahad Farooque is a splendid and convincing presence as the refugee, Hazem, while Joshua Coldwell as Eggs' son delivers with impressive profundity the moral dilemma of the young man caught between lies and truth. Joshua Mensch as Tom’s boy truly saddens as victim and scapegoat. Lyn Wilson and Tracey Walker give wise, mature and compelling performances as the two wives while Cheryl Douglas smiles in beguiling passivity as the waitress and throws in the odd link as a media or factotum.

Two Brothers is a play for our times.

It exposes the raw underbelly of the world of current politics, a reality which seems out of control. The game of values which is playing out in this new era of potent conservative adamance is not for sissies. Rayson’s play is billed as a “thrilling tale of power and evil” and in the skilled hands of Red Phoenix Theatre it surely is.

For heaven’s sake, don’t miss it.