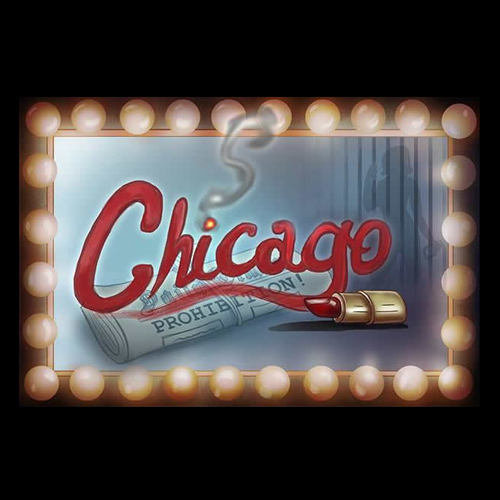 A stunning secret location forms part of the latest Emma Knights Productions’ show, Chicago. Audience members only find out where they are going once they buy a ticket, and as such there is little one can say about it here without spoiling the surprise. Needless to say it adds a speakeasy vibe with a hint of grand cabaret and is, in itself, a work of art.

Knights' and her production team have assembled an all-star Adelaide cast of professional, semi-professional and amateur actors for this pro-am production, following through on the company’s promise to “create jobs and opportunities for artists in South Australia” - each performer is contracted to be part of the show.

As such, Knights' Chicago has very few weak links, and the individual performances are what most impress.

The ‘media preview’ night also happens to be the final dress rehearsal for the cast, and one of the first for tech teams and performers, only just coming together to run lights, costume, and sound. Whilst sound is not credited in the production notes it is fluently handled by Tim Freedman of Allpro Audio. The secret venue is cavernous, and reverb and echo are professionally abated.

Producer/musical director, Emma Knights, director, Adrian Barnes, and choreographer, Kerreane Sarti have strived to create an immersive performance experience that transports the audience into the prohibition speakeasy era. The overall vision falls just short of sweeping us away however, and an underdeveloped lighting plot (no lighting design credited in the program) is one massive contributor to the shortfall. That being said the direction is tight and purposeful, the choreography is sexy and spectacular, and the performances – both onstage and in the orchestra - are top rate.

Stefanie Rossi leads the charge as Velma Kelly with a stunning all round performance that stands out even amongst a cast of uber-talented performers. Rossi has a beautiful singing voice and a commanding presence. Jeff Lang is the consummate professional in his cocky interpretation of Billy Flynn, demonstrating the focus and skill of a performer with many years’ experience. Fiona Aitken’s smoky voice oozes over Roxi Hart’s more intimate numbers, though the bigger notes prove too much. The Aitken/Rossi duets are uneven despite their attempts to meet in the middle. Mark DeLaine is divine as Amos Hart and puts up a captivating performance which beautifully juxtaposes his towering scale with a shy vulnerability that just works. Melanie Smith is authoritative as Mama Morton and belts out the ballads with ease; her duet with Rossi in Class is a production highlight.

The ensemble of sexy ladies and classy gents take Chicago to new levels with their skimpier-than-usual outfits, raunchy routines, and hands-on audience interaction. The ultra-close up performance can be both blessing and hindrance however, and the confident stand out from the unsure. When the nerves give way these performers will be unstoppable.

This is a lovely piece of theatre which is a credit to the Emma Knights Productions’ company. See it if you can – before the cops move ‘em out of town.