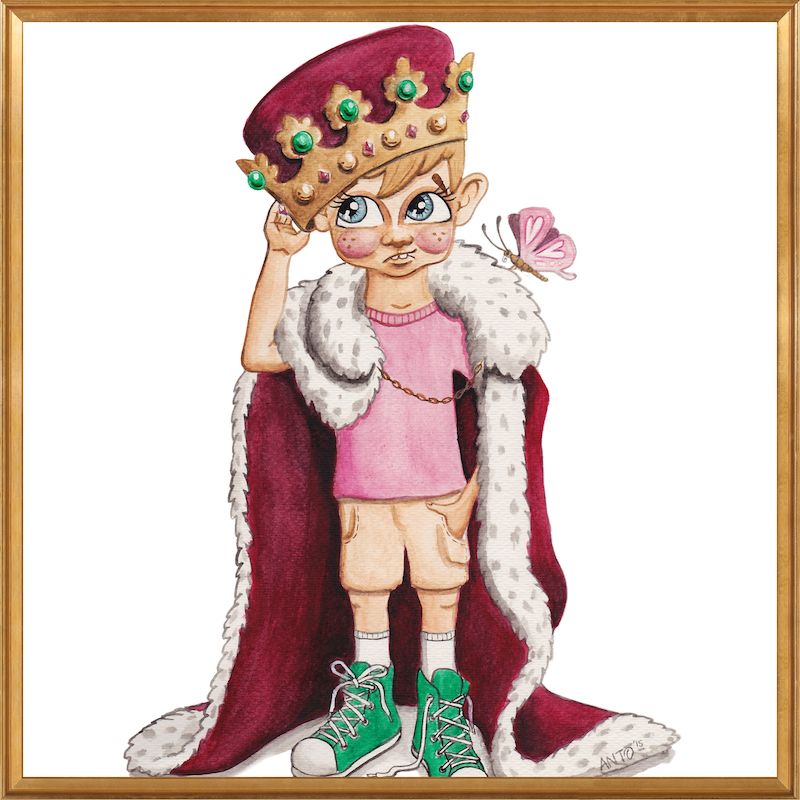 Children's Theatre on the Fringe has a meaty program this year.

If any of the presentations provides rich investment in the culture and fun of theatre to nurture our future Fringe audiences, it is Prince Pipsqueak.

This is a ripper of a show.

It holds the children utterly entranced. It is an interesting narrative performed by skilled young actors who offer no half measures in their performances. Theirs is total energy, total focus and total engagement.

The Prince Pipsqueak story tells of a young prince who wears pink fairy wings, loves to dance, chases butterflies, and plays with the girl up the road, Poppy. She's the farmer's daughter and she's a bit of a farty tomboy. The only thing the prince and Poppy have in common, says the narrator, is that they are best, best friends.

Their relationship is explored with lots of energetic play before the nitty gritty of the plot descends. The king and queen are hitting Hawaii for a holiday and Pipsqueak has to run the kingdom. Pipsqueak is aghast.  The King challenges him as a weepy weakling who must prove himself. Poppy volunteers to prop him up. There is counsel from a range of local identities, all brilliantly played by the narrator, Peter Cortissos. From gangsta rapper through to suave Frenchman, he does one and all with nary but a change of hat. He's hilarious, captivating and convincing - an actor of substance.

Once Pipsqueak accepts the mantle, he becomes arrogant and insists he can and should do it all alone because he is a male and men are supposed to run things. It was ever thus.

Poppy is an emancipated girl and she's having none of this misogyny. She dumps him.

And, through song and folly, character changes and plot twists, Pipsqueak clues up, Poppy forgives him and everyone, including the King, reaches self-realisations and acceptances of the fact that there is strength in difference.

The play is produced and directed by Abbie Johnstone and Jason Marsiglia and its messages are delivered with lots of pure fun and games and character development, the script incorporating enough broad references and asides to keep the parents amused on their own level.

It is all staged very simply with a ladder, a hatstand, a dress-up box and some drapes concealing the "backstage" area. Children are invited to sit on an array of rugs and cushions at the front of the stage. It is very comfortable.

Hugo Fielke plays Pipsqueak. He's a bright new talent who uses his long, lanky limbs as gloriously gawky comic tools. Alicia Case is Poppy. She's another exciting new player on the Adelaide stage with just a hint of the young Vivian Vance in her comic presence.

This production can't be recommended too highly.

It is five-star proper children's theatre with no shortcuts.

What's more, the children don't just love it, they relish it.