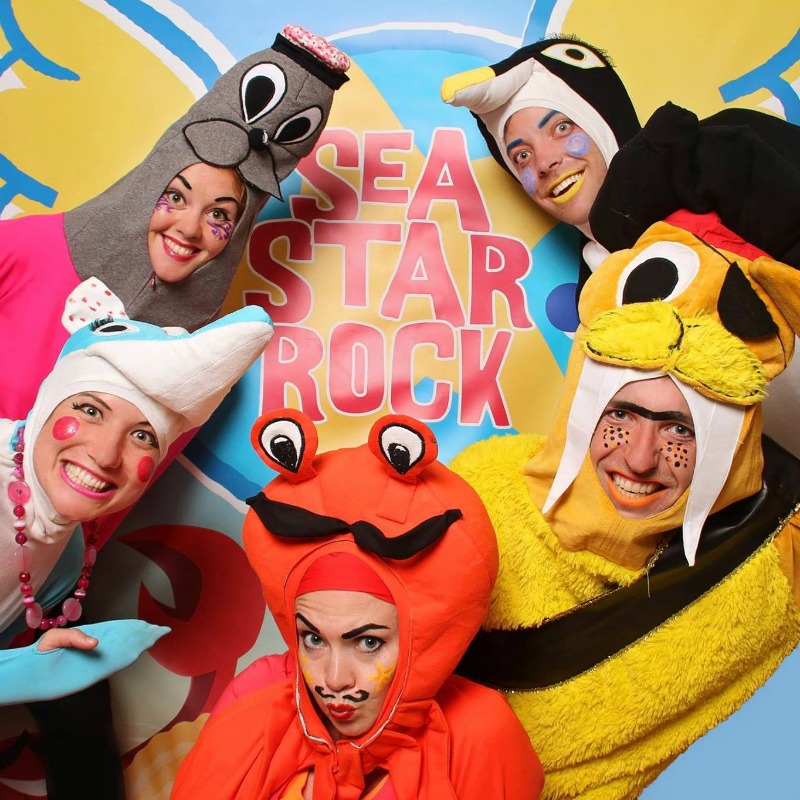 The Seastar Rockers are famous for them. Full body suits transform the all-singing, all-dancing team of performers into the assorted creatures of the deep. Most spectacularly attired is Harriet the Hammerhead shark. But there is also Supreme Stingray, Daphne Dolphin, Pirate Wally the Walrus and, of course, dancing penguins, one of whom is a Hipster.

The music is loud and easy on the ears. There are myriad catchy songs which start off on the theme of who is who, i.e. "I am Daphne Dolphin". The lyrics are straightforward, reiterating characteristics of sea creatures and, in some cases, advising on some of the environmental perils of the sea.  There are jokes. The cast not only performs in chorus lineups and solos but moves around among the children.

As for the children, they stand beneath the stage and do all the dances. Some of young ones don't stop bopping for the full 45 minutes of the show. Some of the older ones are busy working out which performer has changed into which costume. Mums and dads are just happy to see the kids having fun with an anthropomorphic taste of natural history.

That's something for everyone, a wholesome bit of enviro-entertainment. Furthermore, it’s a local company well worth supporting.

Where: The Garden of Unearthly Delights – Deluxe