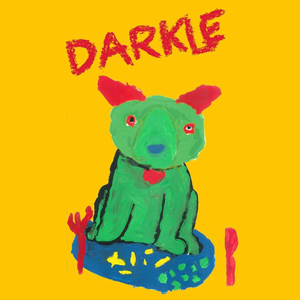 There is a carefree attitude on stage as the lights come up. Sprawled across one another on cushions and beanbags, Cal, Holly and Brian appear to be carefree 20-somethings with too much time on their hands. But something more sinister is lurking beneath the surface.

The key theme in Darkle is said to be fantasy. It explores the consequences of relinquishing responsibly to live a life of fantasy alone. The playwright, Bill Gallagher, suggests that when we refuse to take responsibility we become vulnerable to fascism. It’s a stretch for any audience and an incredibly difficult sell in only 60 minutes.

It won the Sunday Times Playwriting Award in 1989 but perchance playwriting changed a bit since then. The audience's credulity is challenged by the characters undertaking very radical actions quite early in the play.  The reason given in the production notes: boredom and fantasy. But what about motivation? What motivates three relatively carefree, yet gainfully employed, adolescents to carry out heinous acts with the justification of mere annoyance and stupidity on the part of the victim?

Cal, Holly and Brian make a conscious decision to torment and torture their landlord, Stringer, to teach him a lesson for being ‘stupid’. The inexplicable events that follow beggar belief and blur the lines of acceptable reality.

At the play’s denouement we descend into a nonsense of make-believe families that is intended to paint a picture of ‘patriarchal despotism‘ but instead feels perplexing and disjointed from everything that came before. Safe to say most of the audience will question what they have just seen and wonder, simply, why?

The performances are a different matter entirely. In the role of Stringer, David Macgillivray is a force to behold. His emotional energy is second to none on stage; a standout performance of an incredibly anxious and borderline neurotic character. Closely matched are Emma Bargery as Holly and Kat Jade as Cal. Bargery is particularly affecting when she discovers that fantasy has just become reality, and Jade is well balanced throughout as she manipulates the others to participate in the fantasy. Tom Russell rounds out the cast with his impressive CV of film appearances. Russell has solid acting chops but occasionally falls short of the energy required to maintain the intensity of his character’s ever fluctuating emotions.

The set is indicative of a rent-share apartment, and fits the action. It is not attractive, though. The lighting is also quite harsh throughout the production, and a fade to spot in the final scene is a welcome relief; more variation might have been utilised earlier for mood setting or transitions of time.

Darkle is an entertaining production. One is moved by the performances: from anxiety, to laughter, to sweating, to disgust. It is supremely enjoyable to watch.

I can’t say I buy what the playwright is selling. Each to his or her own.

When: 1 to 8 Mar
Where: Holden Street Theatres – The Studio
Bookings: adelaidefringe.com.au

Note: This review was modified at the request of the production company to remove a plot point and maintain the element of surprise for future audiences. 4/3/15