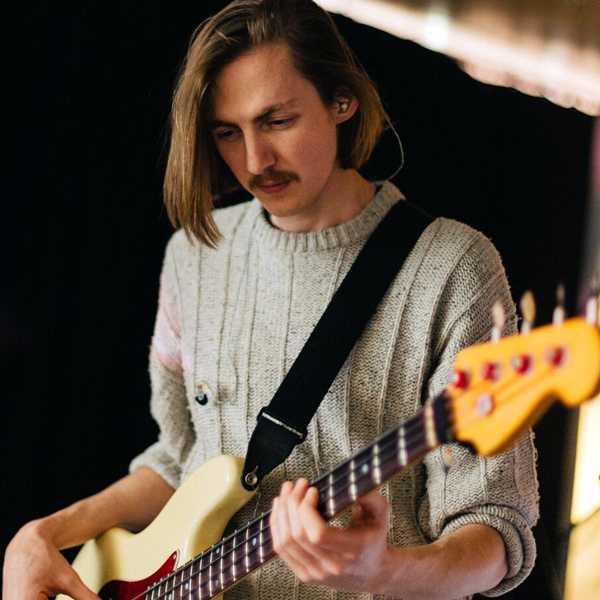 Kiah Gossner is the new kid on the block in South Australian music.

And before we go any further in introducing him, that elegantly unusual name, “Kiah”, is pronounced as in “fire”.

Kiah Gossner is already an award-winning musician, producer and composer and his flair has not escaped the attention of the Adelaide Festival Centre which prides itself on cultivating and elevating the up-and-coming creatives who have found new edges with which to cut. Hence, he is working on a major venture called Contact, a multi-art-form piece to be presented in the Space Theatre as part of the inSAPCE program on November 29 and 30.

Gossner’s style has already been picked up by advertising and theatre companies. His motivating TAFE ad music, (link) and his beautifully meditative fashion score (link) are examples.

Of course, he has not just sprung out of the ether. Kiah Gossner studied music at the Elder Conservatorium and threw himself into the Adelaide music scene at an early age.

“I became somewhat of a gun for hire working with lots of different musicians as a session musician,” he explains.

“It was a fairly organic progression from session musician to producer/engineer. From there it was a very natural progression to working on composing and collaborating with other musicians.”

But Gossner also has been mentored by the distinguished Sam Dixon, a Grammy award-winning composer and producer associated with such names as Sia, Adele and Christine Aguilera.

He attributes that program to setting him on the course to be a music producer “and Sam was the person who gave me the confidence to take it on as a career”.

“I had my first European tour a few months after we met, and we ended up at his studio in London where he took me through the process and got me on the right path forward.”

Gossner more recently has been mentored by Miguel Atwood-Ferguson with whom he has been working in LA.

But, perhaps the essence of this 27-year-old's rise to the musical fore really comes from his roots.

He emerges from an Adelaide theatre background.  His mother is set designer Jill Halliday and his father lighting designer Peter Gossner.  They raised him on a diet of regular WOMADs and “a diverse creative environment”.

As a keen collaborator, he is bringing his parents in as part of the team behind Contact. Halliday will design the set and Peter Gossner will do the lighting. There also will be poetry from Dom Symes and film and projects from Thomas McCammon.

It is a large-scale and ambitious venture, or, as Gossner puts it, “a huge undertaking”.

“The original idea came about on a four-month tour through Europe,” he explains.

“We had a lot of time to kill driving between cities every day. I would often sketch some ideas at the venue then orchestrate them on the drive. It began as a string quartet with a grand piano but soon grew to a ten-piece ensemble.”

Gossner says he is still working on the production. It is meant to be an “immersive” work.

“When I compose a large work, I take a long time as I treat the process very much like a film, often working from a narrative,” he expounds.

“The narrative is usually a very personal experience or something that has touched me.

“Story is very important to me in my work and I try to capture the emotional within said story in my score.”

Since producing work also is a strong element of his career path, Gossner has learned to take a different track when collaborating and “to put my own emotional input to one side and try my best to support the creative narrative of the work”.

He says he loves both aspects of musical work and thrives on dividing his life between creating and producing.

“I go a bit loopy if I spend too much time in one role,” he adds.

He doesn’t wish to ramble about the artists he loves, he says, but just for the record, there’s Mingus, Coltrane and Avishai Cohen in the jazz world and pop/hip groovers such as Christine and the Queens or Fran Ocean.

“If I’m scoring more classical styles, then Philip Glass, Ravel or Einojuhani Rautavaara,” he says, adding Sufjan Stevens, Big Thief and Andrew Bird in for a spot of folky balance.