Interview: Tale of a Dark Master 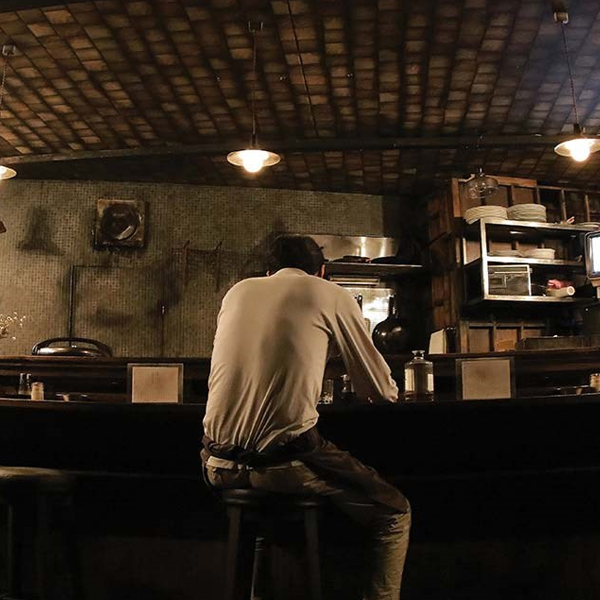 The Dark Master’s creative master is Kuro Tanino among whose claims to fame is that of being a prankster. A notorious and relentless prankster.  He does not just admit this. It’s almost a brag. Such an annoying and prodigious prankster was he that his parents sent him away to boarding school.

There, surrounded by yet more incorrigible pranksters, he decided to focus on study and ended up becoming a psychiatrist.

Asked if he took up psychiatry in order to understand his compulsion for pranks, he now says:

“Of course. It is one of the purposes of life.”

Tanino was in Adelaide for OzAsia with the Dark Inn in 2017. Now the renowned Japanese playwright and director returns with The Dark Master, a tale of food and intrigue which fills the theatre with aromas and the mind with surreal notions. It is a work about a hapless hitchhiker thrown into the culinary deep end in a dark and mysterious restaurant.

It is one of the hot ticket shows of the Festival.

Its creator acknowledges that his impulse towards pranking is mirrored in his theatre works.

“Playfulness and mischief in theatre are important,” he explains through an interpreter in an e-interview.

“Mischief is thinking and moving it into action. Even if you come up with it, it doesn’t make sense unless you take action.”

His psychiatric expertise can embellish this process because, as he puts it, “a psychiatric chart shows the history of the individual”.

“It helps to compose the background of the person when writing a drama script.”

One of the things which caught Tanino’s attention as a boarding school boy was surrealism.  He had been quite an accomplished artist from early childhood but here, especially inspired by Marcel Duchamp, his fascination evolved and it has become another characteristic of his theatre art. However, he remains also a painter and sculptor above and beyond his theatre art; a multifaceted man on many fronts.

His career in clinical psychiatry lasted for only eight years.

Tanino was 24 when, in the year 2000, he formed his Niwa Gekidan Penino theatre company.

“Penino" turns out to have been his nickname at school. It was derived from a prank, of course.

Apparently, a really violent rainstorm on the way to school made him think of Rambo and he convinced a bunch of schoolmates to join him in defying its power by stripping naked, holding umbrellas in front of them like weapons and charging through the deluge. It was running naked which prompted others to nickname him “penino” or “penis”.

Tanino’s theatre world started in his own apartment which he transformed to a theatre. His plays involved amazingly complex sets, works of art in themselves.  Miniaturism has always been a passion. Some of these early works went on be performed around the world. These shows had wonderful names such as Frustrating Picture Book for Adults, The Room Nobody Knows and The Town Where the Sun and Underwear are Seen.

Tanino also has found pleasure in directing the works of other playwrights, Ibsen and Chekhov, for instance.

For all things, he is reputed to be meticulous.

“The rehearsal period is about two months,” he says. “I’m also a playwright, so I write a drama before that. It’s from time to time how long it takes.”

He seems immune to criticism.

“Whatever they say, I am neither angry nor happy,” he says.

He sees his work as more of an open experience, of making different impressions on different people.

Nonetheless, he admits that the worst thing ever said about his work was “boring”.

This word has definitely not been applied to The Dark Master.

It is described as "a captivating, slightly twisted piece of theatre with a stunning set design that stimulates both the senses and the mind”.

It will be performed in The Space from 29 -31 October,