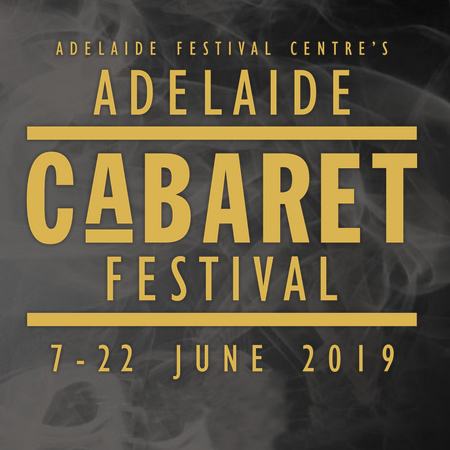 The Adelaide Cabaret Festival have announced a taste of their June 2019 programme with the release of details on six upcoming shows and some alluring new spaces.

Amongst the early releases is an exclusive Australian premiere from global cabaret legend Ute Lemper who will perform Rendezvous with Marlene for one night only at the Thebarton Theatre, one of the new Cabaret Festival venues. The German chanteuse and festival headliner will create magic on stage, re-living a three-hour telephone exchange she had with Marlene Dietrich in 1988.

In another Australian first Flabbergast Theatre will bring their award-winning immersive show The Swell Mob from the UK to transport audiences into an historical epoch filled with thieves, fogle-hunters, dandies and deception. Hailed “a perfectly bizarre, uncomfortable, unmissable show”, it will run throughout the festival's 16 days and nights.

Musical theatre performer and TV star Fiona Choi (The Family Law, The Let Down, Rent) will bring to life the story of Hollywood’s first Chinese movie star and international style icon, Anna May Wong, in her show Dragon Lady: The many lives and deaths of Anna May Wong. This intimate performance is set to provoke questions about cultural identity and ambition through sparkling musical numbers.

Australian cabaret icon Paul Capsis will light up rock music’s dark side in Paul Capsis with Jethro Woodward and the Fitzroy Youth Orchestra at The Famous Spiegeltent; another new cabaret venue! A most gifted interpreter of song, Capsis will belt out hits by artists including Patti Smith, Tom Waits, Lana Del Ray, The Doors and Led Zeppelin.

In a world premiere, Adelaide’s own award-winning choreographer Larissa McGowan will perform Cher – exploring the persona and characters of the ultimate pop chameleon through contemporary dance. Also on the line up comedian Dan Ilic (ABC’s Hungry Beast) and Triple J’s Lewis Hobba will savage the news in a fast paced, satirical panel show called A Rational Fear described as ‘Q&A on crack’!

Adelaide Cabaret Festival Artistic Director Julia Zemiro says she is “Delighted to announce our early release shows, it’s an exhilarating mix of things to come. Classic German cabaret, TV folk as you’ve not seen them before, a dash of politics, old Hollywood glory, a cabaret favourite re-invented, a dance mash up plus an immersive show that will be on every night of the festival! Mes amis… this is just the beginning.”

Adelaide Festival Centre CEO & Artistic Director Douglas Gautier noted that “This year’s Adelaide Cabaret Festival line-up may be our most diverse and exciting yet, with many Australian exclusives and premieres. Securing German cabaret star Ute Lemper’s only Australian performance is a great coup for Adelaide Cabaret Festival and it’s just the beginning of what’s to come this year. Julia Zemiro’s captivating vision brings new life to the festival in its nineteenth year.”

The Adelaide Cabaret Festival will run from 7 to 22 June 2019 with a full program launch expected in April. Tickets go on sale 3 February.

Adapted from a media release.