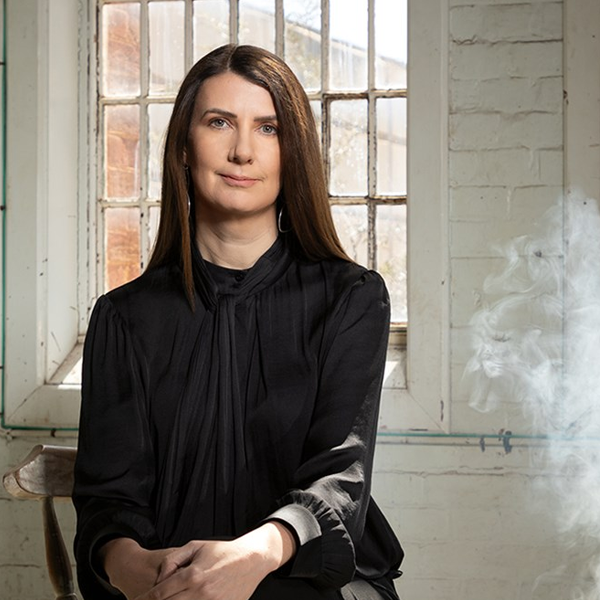 Anna Goldsworthy and Andrew Haveron’s performance of Beethoven’s highly popular Violin Sonata No. 9, Op.47 – the so-called Kreutzer Sonata – was decidedly idiosyncratic. From the first edgy bowing of the violin to the first crashing chords on the piano it was clear that Goldsworthy and Haveron had something different to say.

The first movement was intensely passionate, bordering on restrained violence, but it was understandable because this performance was not just about the music. Each movement of Beethoven’s Kreutzer Sonata was prefaced by a recitation from Goldsworthy inspired by extracts from Tolstoy’s novella of the same name. Despite the disturbing nature of the chosen text, with topics that covered misogyny and sexual disfunction in marriage, her recitations were delivered with a cold detachment that bordered on being menacing. When would she lash out? Who would bear the brunt of it: the audience, or Haveron who played a silent character looking on knowingly? With such poisoned text, the fury that was injected into the music was understandable, and … satisfying. All of a sudden, such an iconic (and possibly over-performed) sonata had new life breathed into it, and it was electric.

The second and third movements were prefaced with more carefully chosen text and, like the first movement, they yielded a different response from Goldsworthy and Haveron, and from the audience.

Goldsworthy and Haveron are both exceptional musicians and their playing was a masterclass in style, technique, and deep musical understanding.

Empathetic lighting was chosen to add to the overall ambience of the concert room in Ayers House, leaving the audience in no doubt that classical music can be reinterpreted – it doesn’t just have to be about the music. It should be about reinvention and interpretation for new understanding if it is to remain relevant in a rapidly changing world.

This is an outstanding and unusual event.