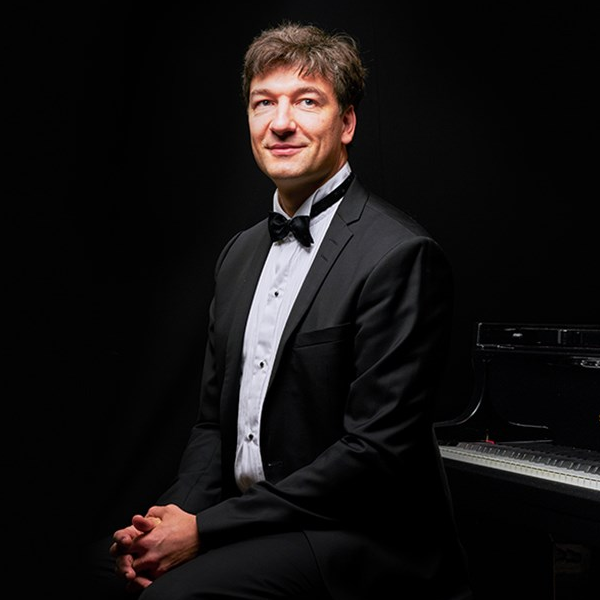 This was the start of a memorable evening of music-making that people will talk about for years, as indeed they should.

The concert itself was never actually programmed to happen at all, but was a late addition to the Festival program because of the unavailability of Karin Schaupp and the Flinders Quartet. As they say, every grey cloud has a silver lining, and the concert delivered by Shamray and the ASQ was sterling.

The concert featured Shostakovich’s Piano Quintet in G minor, Op.47, and Beethoven’s String Quartet No.9 in C, Op. 59 No. 3 known as the ‘Razumovsky’. When Shamray and the ASQ were asked to put the program together, never did they realise their Russian infused program would be so pertinent. Shostakovich lived and composed during World War II – the quintet was written in 1940 – and he was for a time resistant to bend to the dictates of Stalin and the Russian leadership and he fell so completely out-of-favour that his own life was in real danger. Again , how apt that Shostakovich should be performed at this time and by an eminent Russian musician again calling out despotic political leaders.

The performance of the quintet was vital and passionate, but high emotion never gave way to mawkishness. At the piano, Shamray was crisp, articulated and consummately musical in everything that he did. His right hand work was spectacular with percussive treble notes having the semblance of a lone voice railing against the madness that thundered from the crashing bass chords coming from his left hand. The momentum Shamray generated was almost too much to bear. It was exciting, and the ASQ stayed with him all the way as they plumbed the introspective second fugal movement and gave way to the well-known jauntiness of the third. The dreamy violin work of Dale Barltrop and Francesca Hiew in the fourth movement, along with the warm yet delicate viola playing of Chris Cartlidge, and the teasing pizzicato of the sartorially ever-stylish Michael Dahlenburg, was transporting. The finale was spirited and resolved into something more contemplative.

This was a world class performance made all the more memorable by its juxtaposition with current world politics.

The Beethoven quartet was an altogether different affair. The Razumovsky doesn’t have the same firepower or impact of the Shostakovich, but the ASQ played it with an abundance of style and controlled vigour. They ensured the labyrinthine second movement – the backbone of the composition – remained lucid yet driven. Full marks to Barltrop for setting the direction and continually reminding us of the structure with thoughtful dynamics and wonderfully precise phrasing.

The Beethoven in many respects was the perfect foil for the Shostakovich, and the audience left not only with something deep to ponder, but also with a song on their lips, and a smile on their faces.