The Choir Of King’s College, Cambridge 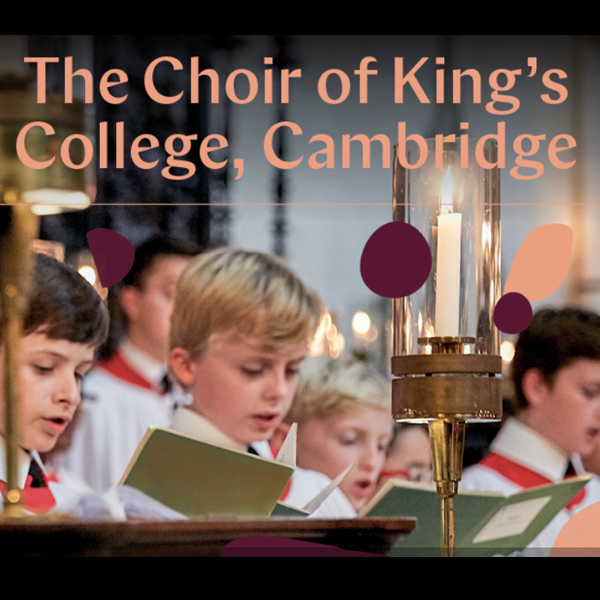 The famed Choir of King’s College, Cambridge is synonymous with choral excellence. Quite simply, it is a superior ensemble that routinely demonstrates the very best that the sung human voice can offer. There are many outstanding choirs in the world – Adelaide can boast its own Adelaide Chamber Singers – but few can lay claim to nearly six hundred years of continuous tradition from which exudes profound respect for authentic performance and for the very practice of choral singing itself.

Entrepreneured by Music Viva, the choir is touring Australia and is presenting two separate programs, depending on the characteristics of the performance venue. Because the Adelaide Town Hall is fortunate enough to house a mighty J.W. Walker & Sons pipe organ, Adelaide enjoyed a program that featured robust organ solos as well as principal works from the English choral catalogue. (The same program will only be played in Perth and Brisbane.)

The concert begins (and ends) with two different settings of Psalm 122, I Was Glad. At the start Purcell ‘s 1685 setting gave the choir opportunity to meticulously handle spiky rhythms and diverse dynamics. At the conclusion of the concert, Hubert Parry’s 1902 setting allowed the choir to show the near capacity audience exactly what they are about: superb musicianship, deep understanding of the nature of the text being sung, strong voices with clarity, articulation and control across all registers.

As good as the bookends of the concert are, the excitement in the program lies in a world première performance of Singing the Love – a setting of Psalm 100 – by much loved Australian composer Ross Edwards. Edwards was present at the performance and introduced his composition from the podium. In his usual shy and self-effacing manner, he hinted the composition was as much ‘joyful noise’ as anything else! Noise? Anything but! Yes, it is very different at times, and its contrast with the more traditional pieces on the program couldn’t be more stark, but its innovativeness and references to Australian idiom, and the freshness that it evoked from the choir makes it a highlight of the evening.

The generously long program featured many other favourite pieces from the choral repertoire. There are additional pieces by Purcell, Finzi’s melodic yet discursive Lo, the Full, Final Sacrifice which again demonstrated the choir’s ability to beautifully balance the dynamics across the full quarter-hour of the piece, and Wesley’s The Wilderness that highlighted the breadth of individual vocal talent in the choir. Stanford’s For Lo, I Raise Up, demands robust singing over a thunderous pipe organ but then turns on a dime and features the delicateness of a boy treble. It is also a highlight of the program.

And then there’s the organ! Henry Websdale gives an authoritative performance of Bach’s chorale prelude Kyrie, Gott heiliger Geist, BWV671, while Donal McCann thrills the audience with a rousing rendition of the first movement of Mendelssohn’s Organ Sonata No 3 in A. It is hair raising stuff!

The choir looked resplendent in their suits and academic gowns, but traditional decorum flew out the window when they performed an encore with an arrangement of the Beach Boys’ I Get Around. It whipped up the audience and many were heard to be quietly whistling it as they left the auditorium when the evening came to a close.