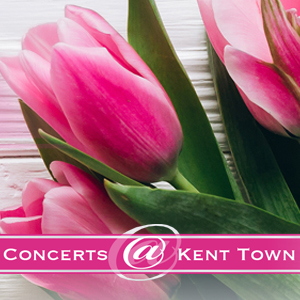 There is much to like about Concerts @ Kent Town. The ambience is calm and the music is enjoyable, at times stirring. Moreover, the program often includes gems that are infrequently heard in a concert environment. Today’s program was certainly of that ilk.

Organist David Heah ‘s program was eclectic and showed off the capability and beauty of the Dodd pipe organ as well as the diversity of sound scapes able to be produced. Heah’s selection included comparatively recent compositions as well as pieces that have delighted audiences for many years.

Grayston (Bill) Ives’ 1982 composition Intrada is quintessentially English and was commissioned for Queen Elizabeth II’s Silver Jubilee. It goes without saying that it is regal, but it also includes thematic material that is almost reminiscent of folk tunes, and Heah expertly draws this quality to the forefront. Sibelius’ Intrada Op.111a was composed for Swedish royalty some fifty years earlier and it too is majestic. Heah uses the Dodd to full effect and his registrations create the desired orchestral feel inherent in the composition.

Buxtehude’s Prelude, Fugue and Chaconne in C, BuxWV137 is altogether quite different and Heah’s light handed treatment allows the melody in bass line to be clearly heard.

Heah’s performance of Jehan Alain’s Choral Dorien is sublime. It is contemplative and almost mysterious as its tonality changes and reaches for something almost unattainable before fading into the nothingness.

The concert also featured bass baritone Alex Roose. His warm and beautifully articulated voice was perfect for Ralph Vaughan William’s song cycle Songs of Travel. The cycle is based on poetry from Robert Louis Stevenson and is almost an English response to Mahler’s Songs of a Wayfarer, or Schubert’s Winterreise, but without the robust Germanic ambience.

Roose is sensitively accompanied by Damien Mansfield on piano who never dominates and allows Roose’s fine voice to gently fill the Wesley Uniting Church. Roose’s warm smile is also the perfect accompaniment to some of the more sensitive songs, such as Let beauty Awake, and there is every sense that Roose well understands the text as well as the music – he is a consummate story teller. His rendition of In Dreams sees a convincing and clear performance of difficult chromatic passages, and his vibrato in The Infinite Shining Heavens is almost creamy!

Roose has an enviable performance history and he was the State Opera of South Australia’s Emerging Artist in 2018. Emerging? Roose has well and truly arrived and we need to hear much more of him.

The concert rounded out with a blistering performance by David Heah of Charles Villiers Stanford’s Postlude in D. If one was in any doubt about the capabilities of the Dodd organ, they were quickly dispelled. Postlude is flamboyant but grounded in traditions even though for such a relatively short piece it changes tonality frequently. The audience left stirred!