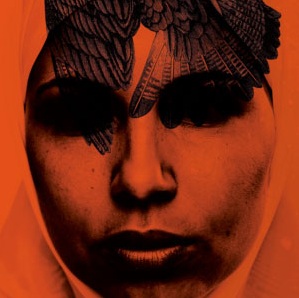 Nurtured through The Street Theatre’s Hive Development Program for emerging playwrights and selected for presentation at the 2012 Women Playwrights International Conference in Sweden, Widowbird is an original, epic tale about the exploitation of a young woman' s extraordinary gift and her sense of altruism in using it.

Set in an ancient, but geographically generic era of nobles and slaves, Widowbird tells the mythical story of Atajarah (Joanna Richards), an orphan and slave who discovers her tears have the power to heal people and bring them back to life.

Living in a time of scourge and decay, Atajarah has an innocent and visceral desire to help others and decides she would be most useful if she were tell of her phenomenal powers to the King (Dene Kermond) and be set to work.

After initial disbelief, the King’s alchemist, Darius (Raoul Craemer), witnesses Atajarah’s powers for himself and convinces the King of her authenticity. However, the King has his own plans for Atajarah, and she is subsequently forced to work for the kingdom’s war effort against her own people.

Tormented by guilt and bled dry of her humanity, she rapidly ages and becomes a shell of her former self. But the final blow is when she defects from the war to save what is left of her people, and is met with contempt for her role in their destruction - and so she goes into hiding, bitter and resentful.

Years later, with an equally gifted daughter (also played by Joanna Richards) in tow, the broken Atajarah (then played by Leith Arundel) stops at nothing to prevent history repeating itself.

Fervently narrated by Alison McGregor, Widowbird is no fairy tale; it explores the opposing forces to human kindness and the unintended consequences of good intentions with grit and unapologetic brutality – refusing to take the easy way out by bowing to a happy ending.

The scripting by Emma Gibson pays great attention to detail, yet is refreshingly articulate and accessible. The result is a gripping play with enormous depth, but that is still easy to navigate and be completely in the moment as Atajarah’s tragic story unfolds.

With just five performers playing 12 characters, this show does much with little. This is also reflected in the maximum utility of the threadbare set design by Christiane Nowak, which is far from being just about aesthetics. At first it seems perhaps the set could actually do with being a little more extravagant, however, the accomplished performances and compelling storyline made any frills quite redundant once they hook you in.

It’s a beautifully imagined piece of work filled with raw creativity that has translated elegantly to the stage - and another fine example of what Canberra’s young artists have to offer the theatre scene.