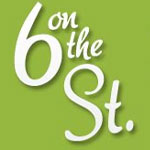 6 on the St is a film project that takes an intimate look at 12 Adelaide artists in a series of six minute documentaries. Next guest in our line-up of local talent: Steering by Stars

Steering By Stars are a four-piece band from Adelaide, Australia. Their sound could be described as Post-Rock Punk, a melding of symphonic melodies with contrasting aggressive rhythms. Steering By Stars develop their music as a live performance, placing an emphasis on creating an atmosphere that is both captivating and contiguous.

Steering By Stars have completed their debut album 'Cables', which was recorded at Broadcast Studios in Adelaide over three days. Resultant from this experience is largely a live recording of the band, which exemplifies their dynamic and spontaneous approach to creating music. Cables is essentially as you would hear their performance live, and taking this stripped back approach to recording allowed them to capture the raw momentum of their music.