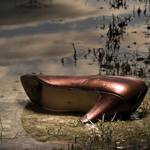 Written by Andrew Bovell this is the play on which the film Lantana was based. Setting the production in the Dunstan Playhouse was a brave move, the text feels much more suited to an intimate venue such as the Space but the production team has effectively overcome the difficulties of opening up intimately spoken dialogue with gentle and subtle amplification.

Bovell quickly sets up context, simultaneously introducing us to two married couples, Leon and Sonja, Peter and Jane, on a night when they have all decided to take a foray into the world of the unfaithful. In a clever use of dialogue,
Bovell writes the characters lines in an overlapping manner, occasionally linking the words of two or more characters whilst taking the conversations of each couple in differing directions. This technique highlights the common insecurities, fears and desires all couples experience. Sonja and Peter decide not to cheat, and rather return to their partners – unfortunately Leon and Jane see their betrayal through, which starts a chain of events that impacts on all of the characters in the rest of the three part play.

Bovell claims that ”Speaking in Tongues is about the right and the wrong of emotional conduct. It is a story about contracts being broken between intimates while deep bonds are forged between strangers.” Director Geordie Brookman and the cast of four successfully draw out the innate complexities in relationships, and demonstrate that a person’s motivations are not always clear. They highlight that humanity is universally capable of failing, and then justifying it to ourselves – to the extent of judging others for actions we too are culpable of.

Terence Crawford plays Peter with a nervous edge, but mans-up later in the role of John. Lizzy Falkland as Sonja is delightfully complex, and as Valerie gives a chilling performance which puts you right on that dark back road. Chris Pitman was engaging as Leon and suitably suspect in his portrayal of Nick and Leeanna Walsman played a very naïve Jane, and crafty Sarah.

Dj Trip creates a suitably uneasy and edgy soundscape which charges the action nicely. Only occasionally is the music a little too much, becoming overtly self-aware where it should have been complimentary. Speaking in Tongues is a wonderful production of an excellent piece of theatrical writing. Check it out.