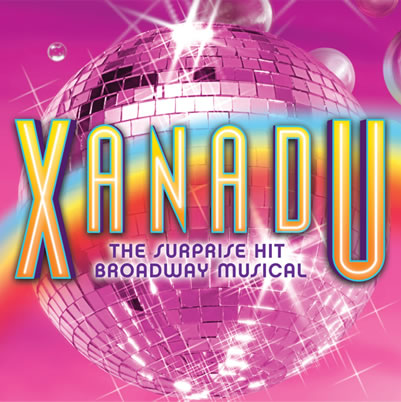 To say that this is the best show I have seen in a long time, would be understating the quality of this production. Producer and Director, David Gauci, Choreographer, Shenayde Wilkinson-Sarti, and Musical Director, Emma Knights have assembled a stellar cast, created a show that will define this company for years to come, and that will likely be remembered as one of the best shows of 2014. I know it’s only early March… but I was so overwhelmed by both the quality of the cast and the look of the show as a whole, that I honestly believe it will be almost impossible to top.

Gauci has cast Kate Dempsey as Clio (or Kira) and there is nothing this girl cannot do! To quote a friend in the audience on the night, “it looked like she was born in roller skates…” and that’s just the start of it. Dempsey has star quality. Her voice is pure perfection; her comic timing spot on; her accents delightful and she is stunning to watch. She is a consummate professional and hits every emotional level with impeccable skill.

But this show is not carried by one. There is not a weak link in the whole ensemble and as such, scene after scene progresses flawlessly. Sure there are glitches and hiccups, but nothing that detracts. Every player is worthy of a mention.

Lindsay Prodea plays Sonny Malone with joy. His characterisation is honest and humorous and his voice, particularly when in duet with Dempsey, is beautiful. Megan Humphries and Jenny Scarce Tolley as Melpomene and Calliope are hilarious. Individually they give powerful performances, but together are unstoppable. Brendan Cooney as Danny McGuire brings a real balance to the other characters – and has particular fun as the ‘beardy’ Zeus.

In the featured ensemble Chris Daniels and James Reed steal the show with their many varied characters (and caricatures!), both are leads in their own right, and sing their solo and chorus parts excellently. Their siblings, Holly Hodges and Roxanne Giovannucci, also have some great opportunities for solo songs and sultry characters which they deliver beautifully. All ably support the leads and are supremely talented (and often quite funny) dancers too!

Shendayde Wilkinson-Sarti has really hit the nail on the head with her choreography. The energy of each number was perfect, and the incorporation of roller skates never detracted from the dancing. The routines in the final number, ‘Xanadu’ were particularly spectacular - working with so many rolling performers in such a tight space. Bravo!

Emma Knights lead a great band comprising Aaron Nash, Susan Miceli and Reid Sampson. The sound of the whole show was one of the highlights for me, and the team at Alpro need to be recognised for their great work balancing both voice and music to give the show a very professional touch.

The costumes and sets are the icing on the cake and, whilst it would be impossible to name all the contributors, everyone involved should be mightily proud of this show. Sadly it is completely sold out. I for one will be hoping for a return season, as I would return to see it again if the chance arises.

When: 5 to 8 Mar
Where: Star Theatres
Bookings: Sell Out Season.