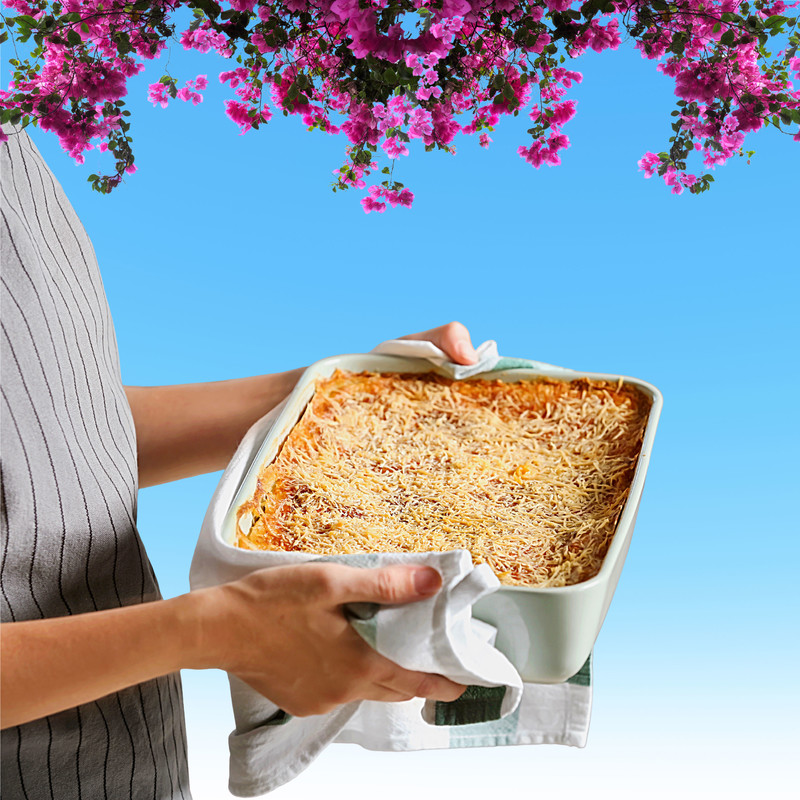 Unperturbed is a well-executed dramedy (more comedy than drama) about coming to terms with loss, grief, and family idiosyncrasies. It is as touching as it is funny, and therein lies its strength. Written by Jack Kearney, who has a number of international credits to his name, Unperturbed is a fine example of a character driven narrative to which the audience can easily relate, and importantly, find a little of themselves (or those closest to them) in every individual on stage.

Cathy (played by Kaylie Chieco), Conor (Michael Cameron), Will (Max Danta) and Siobhán (Amy Bloink) are siblings and it’s the morning of their mother’s funeral. Dad is not yet home from the car mechanic, and it is getting close to when they should be leaving for the funeral service. Anxiety levels are rising, as you would expect, and they reach fever point when a neighbour delivers condolences to the front door in the form of lasagne, but the friendly gesture goes down like a lead balloon. It’s the umpteenth time ‘care packages’ have been delivered to the house by well-meaning neighbours, and the freezer is full. Conor, the older brother, thinks he's in charge, but Cathy, the oldest sibling, knows she is. They both struggle with precocious Siobhán who is fifteen going on fifty, and everyone just doesn’t know how to deal with Will who is clearly ‘on the spectrum’.

Their discussions cover all manner of topics, and the writing is affecting, funny, and tight. Each sibling touchingly talks to their mother as they seek guidance, answers, and consolations. The cast is uniformly strong, and credible characters are quickly established. Jack Kearney’s dialogue by itself largely achieves this, but John Kearney’s (relation?) lean direction greatly facilitates, as do the acting smarts of the cast. A lot of the delivery is from the front of the stage directly to the audience and not to the other characters on stage. This directorial decision can be risky, but it works in this instance and has the effect of underlining the tensions and differences that exist between the siblings.

The setting is simple with the stage being divided into two playing areas – the lounge room, and the back garden – which are independently and empathetically lit as needed. Indeed, the lighting plot is a valuable asset to the production. Director Kearney capably moves the actors around and between each playing area, and continuity is seamless.

This is a feel-good play and although it is about a family in mourning immediately before a funeral of a parent, it is a delight on a range of levels.