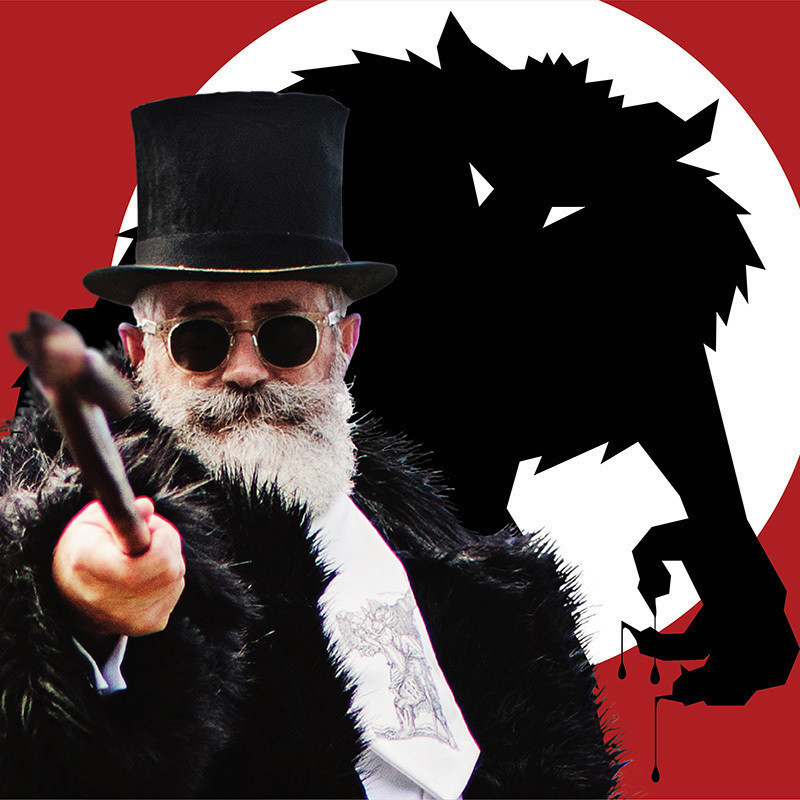 If you didn’t know, Werewolves is a party game, and your moderator for the hour or so is producer Nick Phillips. Phillips relishes the role and is dressed very smartly. He might be a Romanian nobleman inviting you into his foothills castle for a dodgy night or two, but actually it’s just a circle of chairs in a café-bar representing the village of Millers Hollow, a place even more dangerous than the murders of Midsomer. The lights are not dimmed and the action begins.

The villagers hunt for their fellows who secretly turn into werewolves at night and knock off somebody. Phillips announces the break of day and eyes to be opened then vividly describes the evisceration of the victim with relish, which adds a creepy air to the proceedings. The victim is out of the game. The villagers are desperate and vote to hang a suspected werewolf. There is an opportunity for subterfuge and bluff as the werewolves wear their sheep’s clothing during the day and suppress their identity. But someone is judged to be a werewolf and must die, meaning their identity is revealed and they are out of the game. Sometimes the voters get it right, sometimes they get it wrong.

Werewolves is open to all ages and the large number of kids in my session don’t even know how to spell subterfuge, let alone practice it. Combined with the poor acoustics of the premises, my session lacked nuance, and a game that might involve accusative and lively intercourse - during the village’s daytime discussions on victim choosing - was reduced to just guessing. And games do go better when you know as many players as possible – Phillips offers to moderate private games for functions; FaceBook werewolves2017.

Our host Phillips is a generous man and compensated those knocked off early with a glass of bubbly or a lollipop for the kids. And you also get to see who the werewolves are, but no names, no pack drill. It’s totally interactive, safe and amusing, and different every time.

Where: The Laneway on Ebenezer Café-Bar