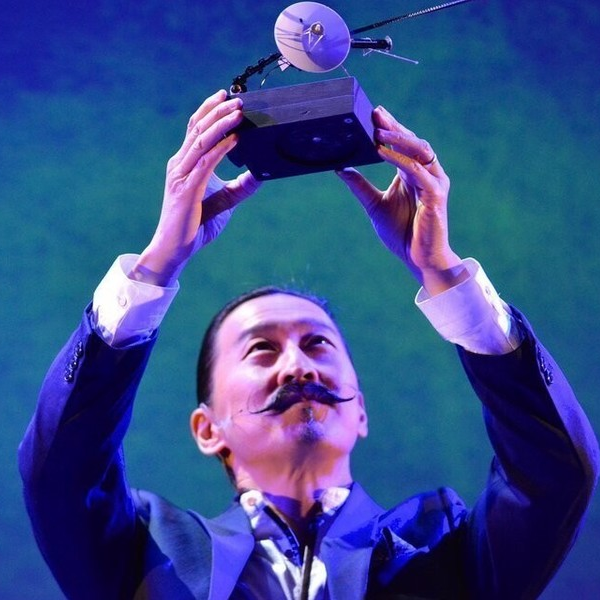 Creative director Martha Lott of Holden Street Theatres has innovated again. Using loot from the Holden Street Theatres’ Edinburgh Fringe Award, she has brought to Adelaide four 70-minute film renditions of theatrical productions emanating from Vancouver, Canada, that were first shown at the 2021 Edinburgh Fringe. In today’s Covid-compromised world, this is another way to see world-class theatre as it can’t always come here by Qantas. Lott makes the viewing experience a very comfortable one with widely spaced comfy chairs - and side tables for your dinner and drinks purchased on site - facing a wall-mounted screen in a lovely room of a Hindmarsh heritage home.

Performer Tetsuro Shigematsu is a storyteller extraordinaire who has earned critical acclaim as a playwright, actor, filmmaker and Radio Canada broadcaster. All this experience, plus some thorough research, the gift of the educator (PhD), and the flair of the magician combine to give a most entertaining, informative and kinetic 70 minutes akin to a TED talk (in fact, he gave a TED talk in 2011).

Dr Shigematsu makes the point that Voyager carried messages to the universe, but he judged them bland and not representative of humankind. Instead of institutional history, why not a story of an individual that represents all of us? This is an idea also developed by Turkish Nobel Prize-winning novelist Orham Pamuk with his book The Museum of Innocence and accompanying physical museum in Istanbul. With ferocious physicalised flair complementing his Van Dyke beard and handlebar moustache, Shigematsu scientifically, forensically and chronologically dissects the remarkable life of Canadian-born Japanese Mas Yamamoto. Shigematsu has a lyrically sonorous voice very similar to David Suzuki and augments his fascinating narrative with projected historical pictures and live GoPro images of model objects used on stage. He’s rather busy and segues between scenes with some rather naff dancing.

Yamamoto’s story is the shameful story of the Canadian West Coast Japanese during World War II. 20,000 were rounded up because of their race and - without crime or even charge - were removed to camps located in interior BC to prevent possible collaboration with any potential Japanese war effort on Canada’s west coast. He was 14 and unfortunately his surname was the same as the Japanese admiral that bombed Pearl Harbor. Shigematsu makes the point that the Canadians had nearly a hundred years of rounding up and removal experience with the native people of Canada. A further injustice was that they were not allowed to return to their homes on the west coast until 1949 – 4 years after the war ended! And by that time, their fishing boats and homes were nearly completely confiscated.

But this isn’t a sad story as Yamamoto went on to reinvent himself a number of times and lived a bloody incredible life of education, business, marriage and kids. Shigematsu recorded 36 hours of interviews and replayed about 18 minutes of Yamamoto telling his own story, imprinted on a 33 rpm record, harking back to Voyager. And you are all ears.

This is a hugely compelling production of showmanship and science, history and humanity. And a warning of how racism and fearmongering in our current age of rumours of war still makes the world an unsettling place. A place where one’s security can be swept away in a blink, even in what you may think to be the most benign of nations, Canada. Bravo!

The filmed theatre concept shapes up better than you may think too, as all four of the shows use edited footage from multiple camera angles, like a proper film. But you can’t see the whole stage at once - the camera does all the focusing for you. The nervy interaction between audience and performer is missing and you can’t talk to them after the show. But are these disadvantages enough to keep you at home? No way.

The other three shows of the On Screen Program are: Inside/Out: A Prison Memoir, do you want what I have got? A Craigslist Cantata, and The Darlings: A Provocative Evening of Drag from Vancouver.

Where: Ruby’s at Holden Street Theatres