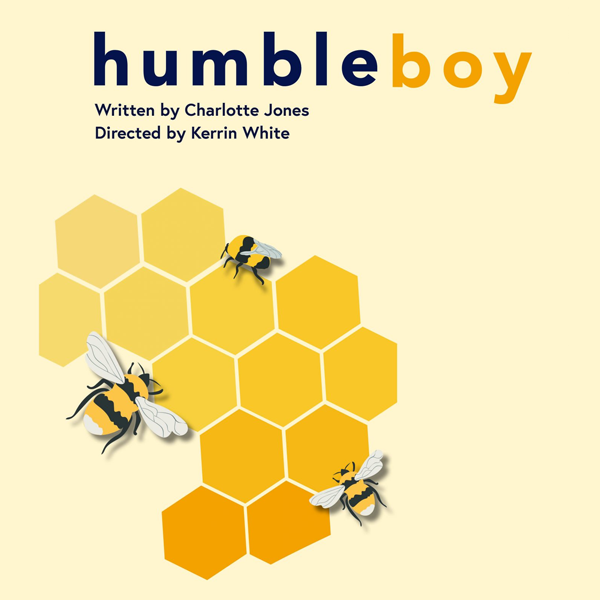 Twenty years ago, director Kerrin White witnessed the original National Theatre production of Humble Boy (starring Diana Rigg no less) and never forgot its warp and weft. British playwright Charlotte Jones was one of those underemployed and frustrated actors who turn their hand to writing as a way forward, and she collected the British Critic’s Circle Best New Play award for Humble Boy early in her new career. Yet either White didn’t convey all the play has to offer or the play is the thing.

There is no doubt the writing keeps one guessing. Thirties-something Felix Humble returns to his parent’s lovely garden and home in the Cotswolds for his father’s funeral. Astrophysicist Felix is a familiar blend of apparent scientific genius and social inadequacy who is residing somewhere on a spectrum of disorder. As presented by Nick Endenburg, Felix is a strange brew of exaggerated gesticulations that border on bizarre, and if these are supposed to add up to an actual condition engendering empathy, that wasn’t achieved. While holding the eponymous role, it turns out it’s not Felix’s story. The honour of protagonist goes to Felix’s mother, Flora, played rock-solidly by Celine O’Leary. O’Leary has loads of professional credentials and it shows amply in her voice and carriage.

The action takes place in the cottage garden and while each element of the set is pretty, it remains a collection instead of a unified whole (Kerrin White: set design). A large structure centre stage resembling a dalek from Dr Who is supposed to be a beehive. Richard Parkhill (lighting design) had trouble distinguishing day from night, and these fragmented elements manifest the slings and arrows that Charlotte Jones throws about in the script. There is more lateral linking and symbolism than in Egyptian hieroglyphics but it’s often blatantly tricked up and too clever for its own sake. Even Flora says, “Please, not clichés at our age.” Dad was an apiarist and entomologist and son Felix is an astrophysicist, so we get Humble Boy sounds like bumble bee associated with Hubble telescope.

Flora’s affair with neighbour George Pye and Felix’s loathing of him is very Hamlet. Christopher Leech tries hard to fit his talent into the unpleasant Pye. Phoebe Wilson plays Ophelia (actually George’s daughter) and both character and actor resuscitate and nourish the production. Two additional characters are nicely written - both Rhonda Grill and Brian Knott have excellent showcase scenes in their roles as foils for the fractured family.

Act II opens with a luncheon meant to bring peace and understanding. If you fear your Christmas lunch will resemble this one, you may get nightmares after the show. Although poorly presented with a tablecloth dominating the proceedings at the edge of the set, it has its moments, although the main mirth is engineered.

The best moment – a redeeming moment - in the play is near the end. It is beautiful and ethereal in its fantasy. We see real change and realisation, and that magic word, gratitude.

Apples and bees and buzzwords and string theory and swing music, family dysfunction and Hamlet and stuttering, and Latin names for flowers and who’s child is that anyways? Lots of ideas to wade through.