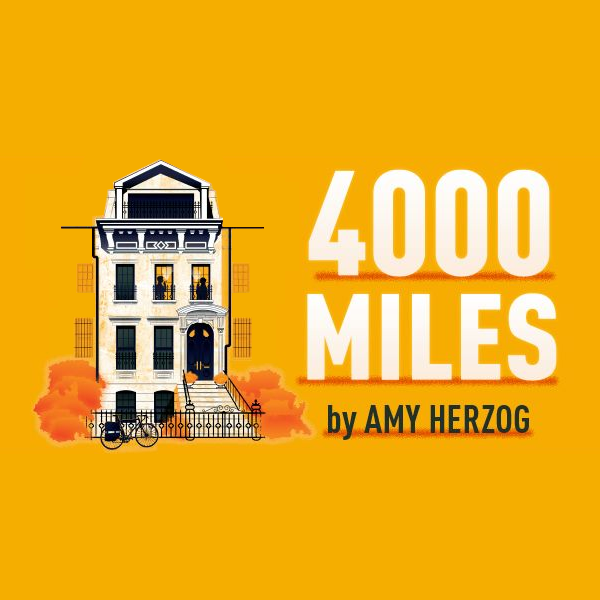 Some Americans walk the Appalachian Trail. Some do the Trans-American Trail, a 4000-mile bike epic whence a back wheel is dipped in the Pacific waters and the front in the Atlantic.

Feckless student Leo takes on this journey, ending up on the doorstep of his grandmother’s apartment in Greenwich Village. He’s extremely grubby and traumatised by the death of his riding companion en route.  Grandma is in the early stages of dementia. She barely knows him but takes him in and blithely gives him play money to explore New York. It’s a tenuous relationship which Amy Herzog’s play gently develops. Oddly, none of the characters are truly likeable, including the two girls who pop into Leo’s life. Set in 2007, it could be described as neo-kitchen-sink drama. Embodying a sense of urban vérité, families and neighbours co-exist but never really get close; the people seem to listen but never hear each other.

The triste of the tale is grandmother Vera for whom the month of unexpected cohabitation fractures her solitude and gives her a taste of unlikely fellowship.

It is a play in which nothing happens and life is a series of incidents. The old girl is caught without her teeth. She doesn’t bother with her hearing aid. The lad reunites with a fellow biker girlfriend but does not connect. He brings home a rich Chinese “valley girl” called Amanda who is attracted to his mountain-man scruffiness but appalled by his politics.

The scenes with grandmother Vera deliver a lovely observation of the eternal domination of trivia over daily life and poignantly, of the vulnerabilities of aging. In this context, Julie Quick gives a superb performance, artfully assuming the posture and vocal modulations of this stoic New York senior toughing it out against the odds of her own diminishing capabilities. She is pure New York, the loneliness of the long-term tenant.

Jackson Barnard shows a very easy, naturalist acting skill as grandson Leo, and a lovely sense of humorous nuance. For, indeed, this minor work is not without its funny moments. It blooms into wild comic relief when Amanda comes onto the scene, a torrent of OMG vapidity exquisitely delivered by Naomi Gomez, a bright new actress to watch out for.

The cycling girlfriend, Bec, is played by Laura Antoniazzi who has steadily established herself as a talented and versatile ensemble player and in this production, capably directed by Eric Strauts, she builds on this reputation.

Designer, Nicole Puttins has cleverly used every inch of the Little Theatre’s performance spaces with a comfy domestic set, including an apartment door on the upper level of the auditorium and a balcony or rooftop setting on the mezzanine, which could be a little further forward to improve visibility. But, apart from somewhat slow scene changes and some oddly sketchy continuity in the script, this Guild production is strangely satisfying, and a triumph for Julie Quick.

Where: The Little Theatre