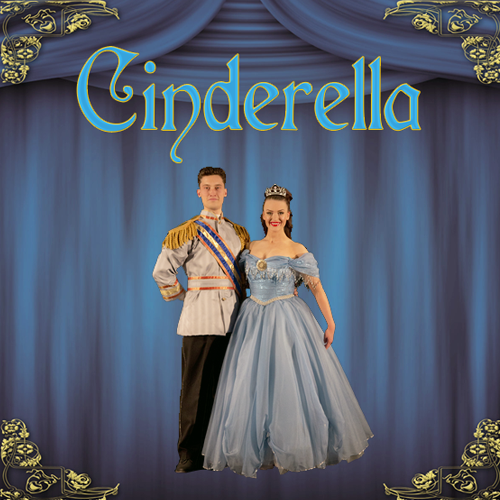 One steps into cutting-edge technological “now" at Star Theatres as one holds one’s phone up to a QR code to access the big, bright program for Mighty Good’s production of Cinderella.

It is virtually glossy, “virtual” being the operative word. And, of course, it is an oddly perverse reason to have one’s phone alight during performance in a darkened theatre.

This is a growing trend among theatre companies and, for those who care about collecting programs and the history of local theatre, it is an arduous print-out job or just a loss. For critics who like to scrawl their notes on programs, it is a disaster. For theatre companies, however, it is a significant dollar saving.

In the case of the Mighty Good panto, it is anachronistic mind-spin, because when the curtain comes up on Malcolm Harslett’s 2021 school holidays show, it is a huge leap back in time.

Harslett is the bravest man in Adelaide theatre today.

There is no ground-breaking experimental theatre work to rival him, so stand away Rumpus.

Down there on Sir Donald Bradman Drive, he is delivering a retro experience which is filling that darling old theatre to the brim with lots of puzzled but mostly pleased youngsters.

Little do they know that this lavish production of colourful nonsense is absolutely historic and people like Harslett who recreate it are now as rare as hen’s teeth.

It goes right against the grain of the short-grabs, Tiktok culture of the day.

It is a slow business. In this particular production, perhaps a bit too slow.

It is adorned with very old-school song and dance routines and traditional comic schtick.

Ah, but ye olde slapstick! It will never die.

Cinderella’s ugly sisters, more politically correctly described in the program as “beauty challenged”, are a riot. Their over-the-top nastiness and stupidity are a tour de force of vigorous knockabout clowning from the wonderful Richard Laidlaw and Richard Carpenter.  Layered in pancake makeup and clad in outrageous mock-period hooped gowns, they are loud and fearless and super-funny. They are exquisitely contrasted by their nasty old mum who appears as a bedazzlement of period glamor in a red gown so huge at the hips that she has to enter the stage sideways.

If ever there was a show for which to exclaim “the frocks were lovely”, this is it.

Malcolm Harslett knows all about costumes and the expertise shines from the stage. Even Buttons, sweetly played by Michael Evans, has a costume of proper powder blue bellboy perfection.

Harslett not only has a lavish kingly costume for himself but also a very familiar fanciful number for his routine as Cyril The Servant in which character he turns on an age-old interactive “where’s my glasses?” routine which has the children screaming with incredulous helpfulness.

Lovely Talia Monaghan embodies Cinderella and she is adorable. While she and the multi-role Emily Jo Davidson are competent as singing pipes, Charles Herkes is heartthrob handsome and light on his feet as the Prince but not quite born to sing.

As ever, the Harslett sets are fabulous. And the touch of $5 tiaras in the foyer is lovely.

But it is his respect for the dying genre of pantomime which must be truly admired.

He is diligently wooing an instant-gratification digital generation and he might yet succeed if he cuts and sharpens the songs and knocks out the pauses. If he can’t win them, no one can.