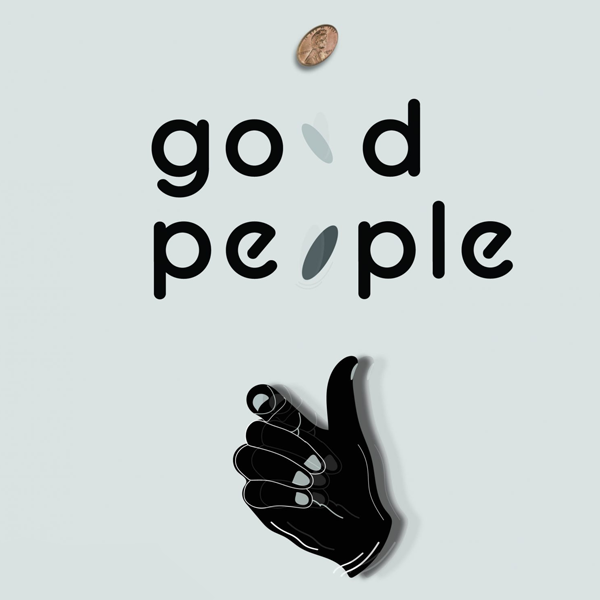 It’s a highly “Americana” play. Indeed David Lindsay-Abaire’s Good People is a highly “Bawsten” play set, as it is in Boston’s rough old Southie district and playing class divides with posh Chestnut Hill. It’s also a play about racism, homophobia, and disability, so it ticks lots of boxes.

Hence its acclaim when it hit Broadway with Frances McDormand earning a Tony Award in the lead role of Margaret.

Of course, that is a hard act to follow for a non-professional theatre company in Australia, but under Nick Fagan’s determined directorship, The Rep has pulled off a more than adequate production.

It requires just a bit of patience from the audience since the play opens with a scene-setting interaction in which single mum, Margaret, played by Rachel Burfield, is sacked from her Dollar-Store job by her old friend’s son, played by Curtis Shipley. This scene occurs in the un-arresting OP corner of the stage and, while it forms a broad socio-economic introduction to the story, it is very wordy and its performance needs a bit of pace and punch.

Thence, Richard Parkhill’s lighting moves on to the next of the several Brittiany Daw's sets lined up across the stage.

This one is a kitchen. Therein, Margaret and her Southie girlfriends, played by Lyn Crowther and Cate Rogers, are laying further gossipy foundation for the plot. But, again, the anchor drags. The audience begins to worry. This is slow.

Then, as the lights move right to the last of the sets, an unassuming little medical office, the play leaps into life, and it does not look back.

Nicholas Bishop is onstage. He is playing Mike Dillon, the old Southie boy made good, Margaret’s old boyfriend who, say her friends, may be able to open doors to give her the job she so sorely needs to pay her rent and take care of her retarded daughter. That Mike is now a paediatric endocrinologist who has specialised in early births passes neither by, albeit the significance is laid gently upon the audience. It is all about class distinction.  The privileges of family and support are ping-ponged between the characters. Margaret, a feisty voice for the underclass, plays passive aggressive games with the formerly smug specialist eventually eliciting an invitation to his birthday party, to be hosted by his young wife at their salubrious Chestnut Hill address. The play then moves through displays of abrasive class inferiority and insecure class superiority. When Michael cancels the party, Margaret decides that this was just his way of uninviting her to the party. She turns up to crash it - to find, not only a quiet couple with a sick child and a cancelled party, but her old boyfriend now married to an upper crust black woman. Furthermore, the black woman is open-hearted and charming. Thus ensues the most interesting and exquisitely tense of domestic scenes, played out upon a fairly bland multi-level bourgeois set, but reaching somewhere towards the ilk of Virginia Wolf and then veering elsewhere. Plot threads draw together. Tensions are released. Performances rise to the occasion.

Nicholas Bishop delivers a masterly underplay of the Boston boy-made-good - his subtle expertise lifting the rest of the cast and the entire feel of the play. Enter Rhoda Sylvester, playing the doctor’s black wife, and the production lifts yet further with a compelling swing of the pendulum.

So, from an underwhelming beginning, this Nick Fagan Rep production, delivers as a rather thrilling and satisfying night.