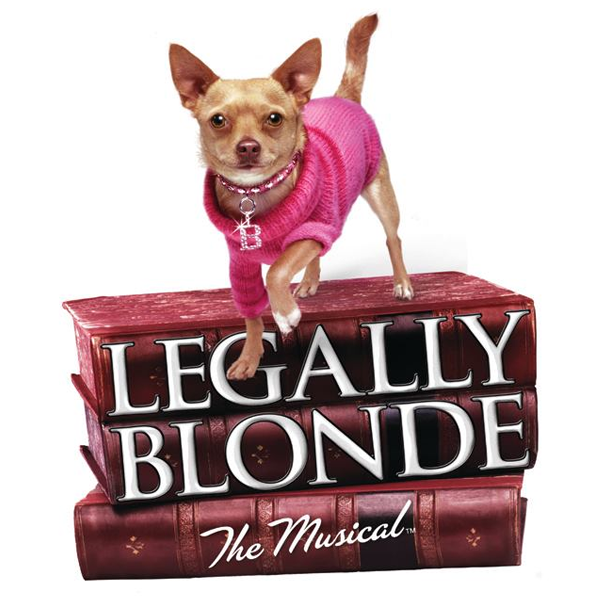 Success is assured at The Met with the creative team of Carolyn Adams as director and set designer, Ben Stefanoff as musical director and Jacinta Vistoli as choreographer. This top trio never let the energy drop – it is a fireball of colour (especially if you like pink) and movement (especially if you like night club dance). Also kudos to Carmel Vistoli and Leonie Osborn for the stunning outfits, and most notably, Ms Carey’s pink ensembles in the lead role.

Thin plot-wise, Elle Woods is the UCLA sorority president whose ambitious boyfriend announces he’s off to Harvard Law School, without her. Yes, he underestimates his Malibu chick. She passes the LSAT and delivers her personal essay in person with her showbiz pals in a song and dance routine, showing enough love to gain admission to Harvard as well. Lover Warner has already re-partnered, so Elle is mentored by a very nice man while school features a professor from hell, and she constantly fights the blonde bimbo bias thing - quite successfully you wouldn’t be surprised. In a fish-out-of-water theme, the creative team perfectly contrasts the West Coast ditz with the East Coast ivy.

Well, let’s start at the top. You could be forgiven if after the show you thought there was only one person in it. Lucy Carey plays an unstoppable Elle Woods in this gigantic role. Perfectly cast – looking remarkably like Laura Bell Bundy from the Broadway production, as I presume she needs to be – her creation of Elle’s bubbly, irrepressible personality through song, voice, dance and presentation is a joy to behold. Brava!

In fact, Lucy Carey is superbly supported by prodigious acting, singing and dancing talent, and not one, but two dogs. When you need a musical theatre performer who is a terrific actor, you call Kristin Stefanoff. Jay Mancuso as the hard-boiled lawyer-lecturer-lecherer is imposing in body and voice and entirely believable. Daniel Fleming plays the nice guy guiding Elle through law school with tremendous empathy and bursts into song with gusto when required. Eve McMillan is wonderfully warm as the hairdresser-rescuer and her songs of wistfulness are heart-rending. Simon Rich delivers a feature star turn as the hunk with the packages in his tight delivery uniform. Shane Huang’s rap dancing is eye candy and Iman Saleh as the evasive witness is a hoot. Their short duet is laughable. Indeed, the short court scene discussing the stereotypes of homosexuality and getting away with it is great mirth.

Then there is all the rest of them – energetic Greek chorus/sorority girls and law students – all delightfully choreographed by Vistoli and snapped into sonorous voice by Stefanoff.

I don’t normally review this late in a season, but maybe I should, because the young cast was having the time of their lives having nailed it and everything went swimmingly well. Bravo!