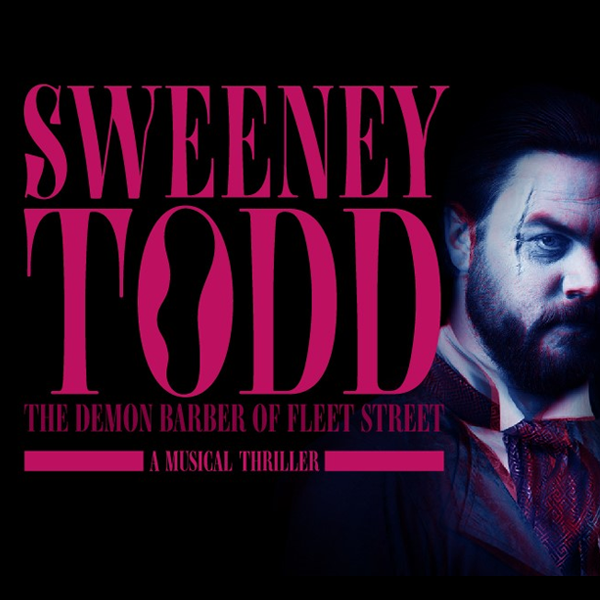 The organ prelude is ominous. Shafts of light spray down on the dark stage. Slum London flanks the stage as towering wooden scaffolds. As the audience braces for a horror story, a deafening scream shatters the air. No, it is not a scream. It is a vicious whistle. Audience members jump in fright. Some cover their ears. And thus, with a shock, begins a shocking opera. The darkest and scariest of them all. The stuff of nightmares.

For the  State Opera South Australia, director Stuart Maunder wraps the terrible tale of the tonsorial serial killer within an oppressive underworld of squalor, cruelty, and madness; confirming a credible ugliness of the period. Maunder’s aesthetic partner in crime is Roger Kirk, one of the great theatre designers of our time. His seasoned expertise swings style with every stunning pleat of the Beadle’s great coat, with every shred of the beggar’s rags. And also, in the lethal barbershop itself, perched vertiginously centre stage on a revolve, whence the barber’s victims are launched comically into the netherworld.

The Sondheim opera of Sweeny Todd has long played abroad on the world's stages, but no two incarnations are the same, and one dares to assert that Maunder’s Sweeney is in a class of its own. It is not only the mood and the aesthetic but a clever manipulation of the message and extraction of the humour, irony, and absurdity of its terrible all. He brings us bursts of laughter and even, when murderous revenge is served, bursts of spontaneous applause, for, indeed, the audience is with him through every nuance of this beautifully layered and exquisitely sung production. Well, maybe not for the factory whistles. But where Sondheim offers wit, Maunder takes it in both hands and plays it to the people. Dark as it may be and politically incorrect as it most definitely is, we laugh in the face of its Grimm-like consequences.

Just as this work is classic melodrama in the guise of musical theatre, so are we human beings secret monsters in our taste for the appalling. Her Majesty’s Theatre proves herself once again a world of excellent sound and sight-lines and, against the blackness of the dark saga, we see exciting designs wrought by Philip Lethlean’s lighting and we hear, sometimes too well, the voices and harmonies of the cast.

With Anthony Hunt leading a creamy ASO orchestra and the choral discipline of the State Opera Chorus, one is embraced by rich professionalism.

It’s is nothing less than a superior production and it is peopled by a cast of excellence, principally that powerful one-time construction worker, Ben Mingay, in the lead as Todd. But, with him, as his partner in crime and the world’s most opportunistic baker, is Antoinette Halloran who takes the role of Mrs Lovett and makes it her own. Her vocal range is matched only by her fulsome acting skills. She steals the show. This is not easy when Mat Verevis is up there showcasing his talent in the role of dear, gullible Tobias.

Of course, there are the old hands of opera, solid and reliable, able to thrive in the worst of roles as does Douglas McNicol. He is sleazy and reprehensible as Judge Turpin but oh, so luxurious on the ear. Adam Goodburn, who sings the flim-flam rival barber Signor Pirelli, is rich and wicked and funny, one of those stalwarts who has never turned in other than excellence on stage. He’s nasty and funny. Similarly, Mark Oates as Beadle Bamford. He’s a villain character with a wee scene of his own in which to show the drenching beauty of his voice. The audience swoons and breaks into spontaneous applause.  Nicholas Canon and Desiree Frahn play the “straight” roles of the young lovers and do it nicely, by the book. They are the least interesting characters and the only ones left standing, which says a lot about life, and about the dark and thorny path that Sondheim has chosen for this musical which, unlike most of its characters, refuses to die - and for very good reason.