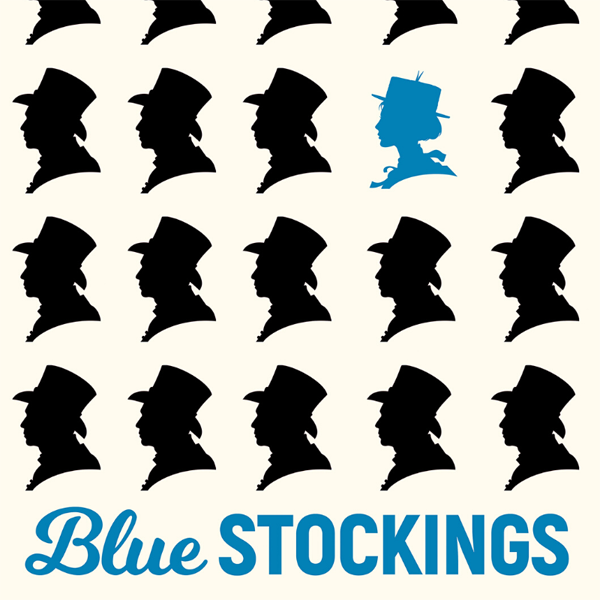 It’s about women’s rights to an education, in which context it is a tale of the underclass fighting the establishment. It is about the smugly ruthless soul of the patriarchy and their way of demeaning academic women with the label of “blue stocking".

And, also, on stage at Holden Street, it is about the talent and enterprise of one Libby Drake, who has directed this deep and dark spectacular.

There’s a cast of twenty on the stage, everyone in handsome period costume and appropriate tonsorial style. There are myriad set changes, all of which are executed by the cast, swarming in quiet and swift co-ordination around the stage hauling heavy chairs and tables and erasing chalk boards in what is clearly a fairly daunting workout. Such a style of set moving is usually clunky and annoying but not so from Drake’s well-honed cast.

The success of this diligent production feat relies upon a deft and utterly precise lighting plot, which is expertly delivered by Richard Parkhill.

’Tis all tickety-boo, as they rarely say in theatre.

It is a long play which in this production does not feel long. It describes lots of concurrent themes: equality, class, love, hate, justice, ambition, suffrage and, most beautifully, as it turns out, the balance between the understandings of art versus science.

It is the first play by Jessica Swale, a rising playwright in the UK, and it has won encouragement awards and is already in the drama school syllabus and set to grow into a TV series. It depicts a group of bright, pioneering women who have made it into Girton College in Cambridge and are seeking a future as scientists and teachers, as women with the same elite education as men. Pivotal to their quest in 1896-7 is to be allowed the equality of academic graduation but this becomes entangled with the women’s suffrage movement of the times and their environment is fractured into adamant camps of pros and cons.

The story is delivered in snappy scenes, each introduced by titles written onto a large, moving blackboard. This big prop requires that all cast members can write in cursive.

The cast works as a thoroughbred ensemble but, of course, there are some outstanding performances. Brant Eustice plays the villainous, sexist psych professor with such venomous scientific bias that one can hear women throughout the audience gasping in horror. It is surprising no one has leapt onto the stage to attack him. He is brilliantly repugnant.

Bart Csorba, on the other hand, gives an eloquent depiction of the emancipated Dr. Banks and, oh, what an excellent voice he possesses. Interestingly, director Drake has cleverly gathered around her a cast of good, well-trained voices. It is another facet of the finesse of the production. Matt Chapman fits in here and also Tom Tassone, while Sebastian Skubala sings a wee folk song of exquisite beauty.  Kate van der Horst leads the women as the principal student balancing the dilemma of career and love. She is a very engaging actress who draws the eye. Around her are Jasmine Leech, Laura Antoniazzi, and Rosie Williams each of whom achieves defined characterisations.  Kate Anolak properly commands the stage as the wise, authoritarian Mrs Welch and is nicely balanced by the simpatico characterisation by Rebecca Kemp as Miss Blake. Jackson Barnard and James Fazzarli add fine support, as does each minor player.

It is an engrossing, intelligent, and relevant show well directed and well played.

If there are any seats left, grab one.