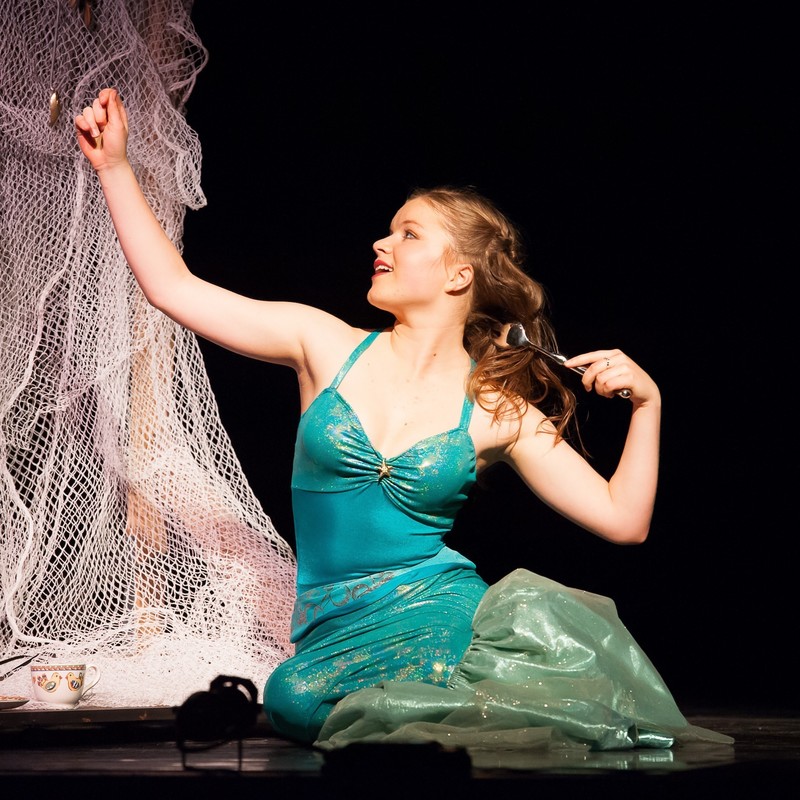 The Little Mermaid is a favourite of SACBC, having produced it in previous Fringes, and well it should be. It delights audiences of all ages, and this year’s iteration was no exception.

Telling the story of Ariel, the mermaid who exchanges her beautiful voice and tail for mortality (legs) when she falls in love with a human Prince, the action is narrated by the Spirit of The Sea (Erihana Windsor) who floats ethereally on and off the stage.

The ballet opens with the sea creatures partying, in a dizzying splash of colour. The costumes are quite stunning and Paul Boyd’s choreography doesn’t push this young company too far, but plays on their skills; a few timing glitches don’t distract from the sheer energy of the dancers.

There are alternate casts for both Ariel (Heather Benn and Leila Revell) and Ursula, the Sea Witch (Amelia Bey and Lexi Hopkins). One assumes that each is as good as the other, which is very good indeed, exhibiting some lovely pointe work, particularly from mean girl Ursula. Thomas Hall cuts a fine figure as Prince Eric, the hapless sailor who is rescued from drowning by our heroine Ariel. Special mention must also be made here of young Gideon Millar as First Mate; he’ll be dancing principal roles in future years. Here again, the sailor costumes were just charming.

It’s tempting to consider works by children’s companies as ‘developmental’ in terms of both skills and production; neither is the case here. There’s little to forgive as the cast move through the classical and contemporary choreography with an ease that belies their years. With well timed and imaginative lighting and projection (Lorraine Irving, Brendon Maidment), we follow Ariel and Ursula’s struggle for superiority to the end; that kiss takes so long to happen!

The energy in this production just doesn’t let up and it’s a credit to the young ensemble and Boyd’s choreography. Cast and crew should be rightly proud.