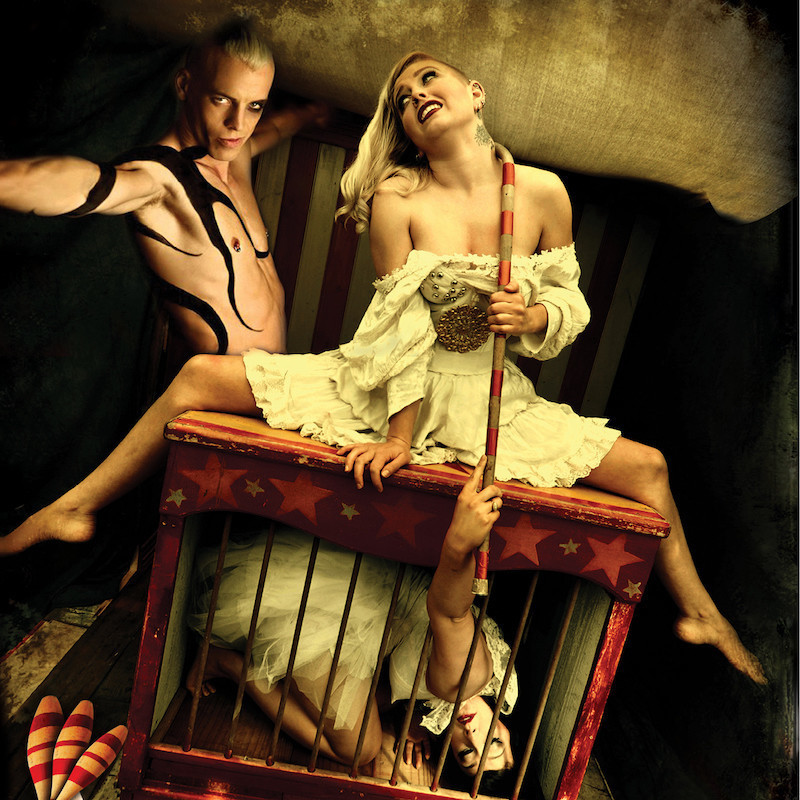 Maybe Holiday Monday evening wasn’t a good time to have the reviewer attend? Maybe producers Motley & Mac thought nobody would come because everybody would be tired after three nights of partying? The fact is there wasn’t much showing on Holiday Monday and there was a nearly-full checkerboard house of the entertainment-starved. Perhaps Motley & Mac actually thought their program comprised the ‘best’ of the Fringe? If so, they need to get out more. The show I’m going to describe isn’t the one you would see as the talent changes every night, so there are lots of ‘bests’ at the Fringe, if you can believe it.

The Mac of Motley & Mac is Irish-born comic magician Patrick McCullagh who MC’d this night. He’s an old-school performer adeptly merging jokes and baffling magic using simple things like a deck of cards, string, and rope. But how someone can swallow an entire metre-long sausage balloon and chat with you after like nothing happened is beyond me!

Apologies in advance if the following names are incorrect. Chanteuse Lizzie started the show with a lovely rendition of A Sunday Kind Of Love and later stumped up with an air-piercing aria from La Bohème demonstrating a great range, tight dress and very high heels. Next was Stunt Man Jim who did a tall unicycle and machete-juggling act of the common busking sort. Hoop artist Miss Jane Schofield performed an act of similar quality but dropped a few hoops that rolled into the audience. Being in the front row, one was glad they weren’t the machetes! An American refugee who jumped ship last Fringe showed off basketball-spinning skills and dribbled five balls at once – an act not repeatable by anyone else in Australia. He was funny, honest and authentic with his constant exchanges with the audience. Last and perhaps least was Eileen and her suspended hoop-size ring routine which missed the wow factor, but was a nice dance.

Mac told the audience to move off quickly after the show as they had to clean the seats – as if we were frozen there, mesmerised - and then Gluttony booted everyone out of the garden at 9 pm. One felt about as welcome as a blow dryer at an ice cream party.

Maybe Motley & Mac couldn’t assemble the A Team because they wanted a night off, not sure. Hopefully, the show you attend will be amazing instead of merely pleasing.

Where: The Octagon at Gluttony – Rymill Park