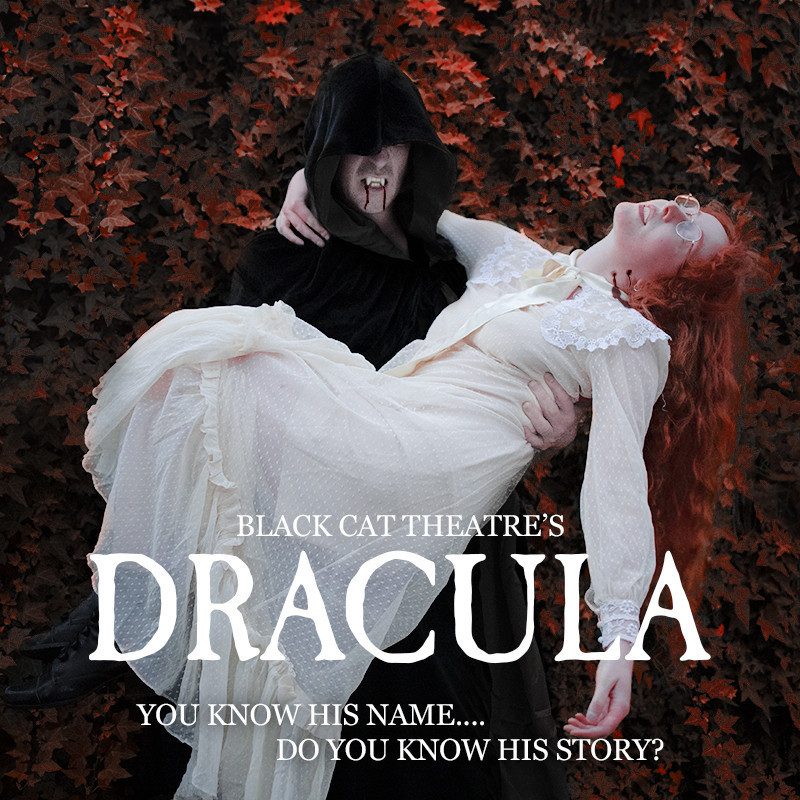 There have been numerous stagings of Bram Stoker’s Dracula since he wrote the novel in 1897, and Black Cat’s Isaac Gates has scripted his own for the 2021 Adelaide Fringe. His version seems a mash-up of the traditional story, bits of plot lines from previous incarnations – maybe even including the 2001 musical - and a tasty morsel of Brad and Janet from The Rocky Horror Picture Show. All good fun and great ideas. But it’s too unfocussed and meanders midway.

Director Isaac Gates no doubt was aiming for a lot of farcical silliness and we get that in spades. The unfortunate overexposure of ghoulishness detracts from the horror, and a bit of subtlety would have been a counterpoint to the humour. Gates gets it that sex sells, so no opportunity is lost, but a large chunk of the show is taken over by Minaaaaaa’s grossly exaggerated vampish behaviour, although I have to admit, her song – the only song in a show that might have had many – was a wonderful diversion (written by Hebe Sayce who plays Minaaaaaa and Cohen Feher).

Isaac Gates’s Dracula – in performance, accent, costume and make-up – is a wonderful invention, but surprisingly, he left the eroticism for the rest of the characters. And surprisingly, you don’t see him enough. Chiara Pepe as Lucy also gave a relatively nuanced performance. But generally, the characters and production values are cartoonish and not sustainably interesting through the length of the show, even with the elaborate costuming.