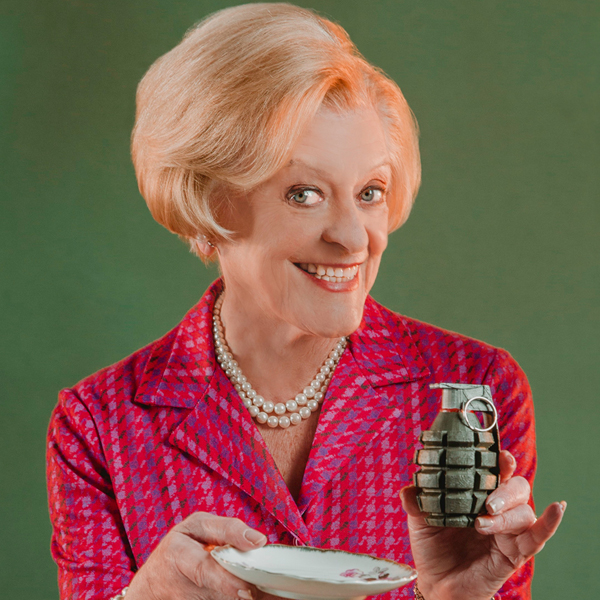 Ripcord director Mitchell Butel stated to the Saturday night “preview” audience that if the chequerboard seating at the first play in Her Majesty's was first class, tonight’s audience may consider itself “platinum”, so incredibly distanced was one audience member from another. The director’s words were under laid by theatrical anxiety that engendering laughter to far-distanced people was famously difficult. Laughter itself is infectious. To make things even more uphill, 99 per cent of audience members had the supplied surgical masks over their faces, this being a prerequisite of attending live performance in the time of covid.

Well, you may be able to muffle a laugh but you can’t suppress it. When the silly business of Ripcord gets up and running, the laughs and guffaws find their way forth.

Ripcord is a rather sweet play of redemption by David Lindsay-Abaire. It’s a well-worn classic theme of Grinch versus Pollyana, but depicted in the shared room of an American retirement home with two actresses of the calibre of Nancye Hayes and Carmel Johnson, it can’t really miss the mark.

Certainly not with Butel’s direction and Ailsa Paterson’s designs. This is a show with dazzling production values. The basic set is an expansive room for two, really airy and elegant with a picture window onto a verdant world at one end. This handsome set splits for scene changes and the revolve transforms the stage into the other-worlds which distinguish the life perspectives of the two old gals. There’s a wild and fanciful house of horrors and, hilariously, an aircraft and scene of plummeting sky divers, key to the play’s title, of course. Oh, my, funny is an understatement.

The scene changes are accompanied by Andrew Howard’s stupendous music and some snazzy lighting from Gavin Norris, expert embellishments which envelop the audience in a sense of spectacle.

Nancye Hayes is one of the great stars of the Australian stage and a mistress of song and dance. Here she plays an almost Dickensian sour-patch called Abby. She is as unpopular as she is antisocial. Hayes plays her with extreme restraint, using her dancer’s loose-armed posture to assert a faint hauteur. For the first half of the show, she’s just a pastel personality. Johnson, on the other hand, is larger than life, boisterous and utterly adorable. She eats the stage, balancing bursts of comic ham with the portrayal of a complex human being. She is complemented by Chris Asimos, athletic and compassionate in a laudable performance as Scotty the carer and aspiring actor. And, she has further over-the-top foils in her rather ga-ga, ever-loving daughter and son-in-law played by Jennifer Innes and Ezra Juanta. Completing the multi-tasking cast is the inimitable Nathan Page, at one minute manic and intimidating and, at the next, oh, so heart-rending.

Hayes comes into her own in Act II wherein the calculated conflicts of the two women reach crescendo, folly meets cruelty, and malice meets kindness. Here, one enjoys not only the play’s dramatic denouement but the phenomenon of two wonderful actresses in performances both giving to the audience and to each other.

Ripcord has not gone down in theatre history as one of the world’s greatest plays. However, it is a gift to older actresses and in this time of plague and concern for our oldies, it turns out to be an extremely timely choice by Butel as artistic director of State. It also showcases his directorial skills which are such that we can’t wait for whatever he does next.