A Promenade of Shorts 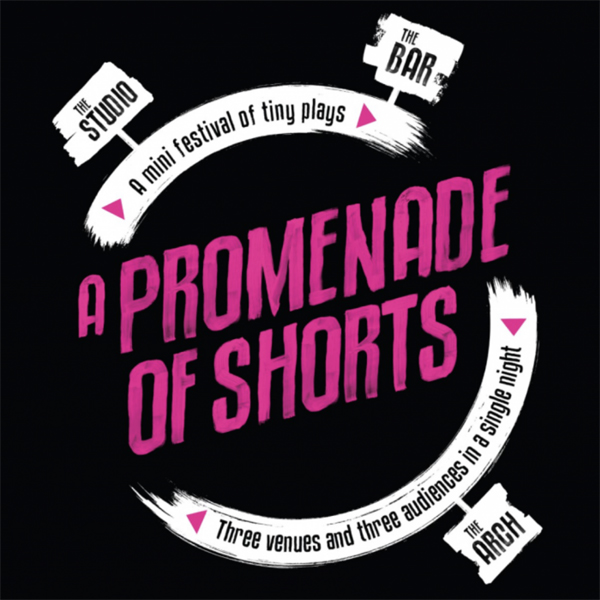 How to get a full audience when faced with covid live theatre restrictions, you ask?

So Michael Eustice and Libby Drake devised a mini festival of short plays around which audiences could safely be rotated. And, because covid-safe requires that venues be cleaned between performances, they assembled some off-the-wall amusements to keep the audiences properly corralled and entertained between entertainments, to whit, “tour guides”: Jean Walker as fierce school ma’m with devilishly long ruler; Nicole Rutty with a tray of diversions; Michael Eustice in adorable Goldfish Suit; and the living legend Wayne Anthoney with his repertoire of magic tricks and a very handsome marionette.

Then, there are the soapbox orators who later take to the stage inside the Box Bar theatre in the very arresting Words That Matter performance: Sharon Malujlo doing the Julia Gillard Misogyny speech artfully with that awful flat timbre and drawling ’strine vowels; Anthony Vawser delivering well, Robert Kennedy’s 1968 speech on the death of Martin Luther King; and Stephen Tongun presenting Martin Luther King’s I’ve got a Dream speech which is, in itself, worth the price of the show.

The audiences are ticketed with colour-coded stickers for this evening of multiple mini-plays and herded thus in socially-distanced groups of 20.

The short plays are pretty much hit and miss. In all, the evening is like an elaborate revue, albeit most of the pieces are on the serious side. Only one, Auto Incorrect, written by Bridgette Dutta Portman and directed by Libby Drake, is rib-cracker funny. Tim Williams shows some lovely comic timing.

There is something for everyone to love to loathe in the odd array of wee plays. With lots of bars and lots of breaks, not to mention the joy of coming back after a long hiatus from living theatre, the thirsty audiences seem highly responsive and, in some cases, keen to be part of the action.

There’s some delicious character work by actors, Kate van der Horst notably in Intermission and Ruby Faith in The Book of Leviticus Show. John Rosen, Kyn Wilson, Petra Schulenberg, Kyla Booth, and Tom Tassmon also, but in this cast of thousands, too many to name.

The main thing about the production is that it is.

It is chutzpah and defiant good spirit in the face of a pandemic.

It is a welcome night out with friends. It is actors, techs, directors and venues back at work. It is imagination and initiative.

It is Red Phoenix rising once again.